It seems like everyday there is something new that comes through my mind. Lately I've had this idea for a new novel under my  pen name Niki Becker. I thought I would give a small sample and I'd love some feedback. This writing style is slightly different than my norm and the genre is Erotica as opposed to Paranormal.

Thanks for the feedback! This is the first part of Chapter One

I loved my job, even if it wasn’t for everyone. You wake up, get ready, plaster that smile on your face and then head out to face the world. That mean cruel world that loved to suck the youth right out of everyone. I wasn’t old by any means, thirty three was still manageable. My whole life ahead of me. But I wasn’t a spring chicken. The new girls came in, took clients and would high tail it when they found Mr. Right now. But not us veterans. No, we were in this job for the long haul.

He was still asleep, this one always slept afterwards. Maybe he had to dream it out of his system. Pretend he wasn’t as bad as the others. Lets face it, most politicians and business men had one of our numbers on speed dial around here. We didn’t judge, we weren’t paid to. We did however talk and if a john treated one of the young ones inappropriately, we took care of him. Our sisterhood was elite, hard to get into. But once you were here, you were a lifer. Even if you did make it out of this hell hole.

I picked the money up off of the table and left the hotel and counted the roll of twenties one by one while walking down the streets. Some days it felt like I could do my job without the man’s help. Other days, like yesterday, I was glad to have a partner in this.  Maybe partner was too big of a word; it’s probably more like, a guide post. You know, he tells me where to go, what to do, and when to do it. But yesterday when I was attacked, he was like a partner. Never left my side. One would argue that’s what the girls all pay him for, others would say it’s the least he could do with the situations he puts us in. Me, I’m just thankful that I don’t have to deal with it alone.

“Hey Charlie, he’s waiting for you.”

As usual, I fake the smile I flash at Stan and walk through the doors and into the back office. I pull the roll of twenties out and toss them on his desk. Sixty percent to the house, forty percent to my bank account.

“I got a special assignment for you.”

“You can and you will, this one wants to drop a grand just for one night with you. He asked for you specifically.”

“You can’t have one of the other girls do it? You know how I feel about my regulars.”

I watched him raise his hand in the air, as if he was trying to silent me, “I’ve spoken, I’m sending Misty to your regular, you’ll collect ten percent like a finder’s fee if you must. This guy though wants you specifically. Here’s his location and the time. Dress nice.”

“Nice? Since when do you want your girls playing nice?”

“Since we were just offered a grand for one measly fuck. Now go.”

He was holding out the piece of paper at me, waving it. With a regretful sigh I take it and turn to leave when I hear him say, “A grand Charlie, wear your best panties.” 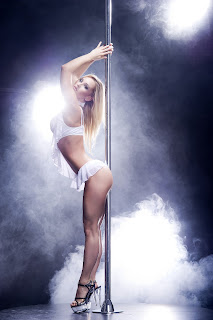