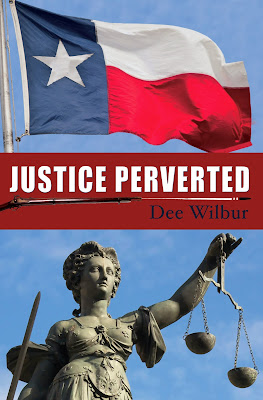 Source: I received a copy of this book from the Author for an honest review

BLURB:
Sandy dozed intermittently with her head on Jon’s shoulder as they headed west on IH10. She thought about the changes that had just occurred in her life: her father’s death, quitting her teaching job in New Orleans, and packing all her belongings into the moving truck she was riding in. Her mind raced to the changes that were to come: her marriage to Jon, moving to the town of Richmond, Texas, and the effect that the community would have on her—and she would have on the community. She could not have foreseen the arrest of Jon’s partner for murder, the teenage marijuana ring, or the complete perversion of justice about to take place.

“What’s the bit about everybody wanting to know about his autopsy? His wife called last night and demanded an autopsy. The sheriff himself came in this morning and wanted to know if there was an autopsy. It looks to me like we had a drunk driver who failed to make a curve. I mean there was Jack Daniels all over the cab and him. Lordy, it smelled like a distillery there. We had them take the body down to Galveston during the night. The University of Texas Medical Branch at Galveston does all our autopsies. I don’t know how far behind they are so it might take weeks.”

“I think this may be a murder. You may need to speed them up on that autopsy.”

At that moment a young clerk brought in a lab slip to the chief deputy. “A tech from the hospital just brought this over. He said he thought it was important.”

“What is it?” scowled the Chief Deputy.

REVIEW:
I was very excited to read this book. First, because it is a mystery and I love mystery but second because it took place in Texas. Richmond Texas to be exact. For those of you who don't know where that is, it's just south Houston on I-59. I've been on a kick lately, trying to read stories that take place inside Texas and in or near Houston.

Overall this book was an easy read. There wasn't anything complex about it and I like not having to think a lot when I'm just reading for relaxation.

One issue that I did have was I felt like the plot was fairly predictable and it seemed like sometimes the main characters dwelled on things that just were odd. Like when Sandy harped on everyone for maintaining their yearly physical. That just felt odd to me.

What I did like was that the plot seemed to flow at a very nice pace. Nothing was rushed and when the book was over I didn't have that urge to say, "Well that could have been longer." Everything about the pace of the book was good. And the plot points were very well written out. There wasn't anything lacking in the development of the story.

Jon and Sandy were cute. I liked how they interacted together and how he helped her through her father's death.

If you like an easy mystery that will give you a bit of the history of Richmond and Texas then this is the book for you.

Beatrice Dee Pipes and Charles Wilbur Yates, Jr. write under the pen name Dee Wilbur, a combination of their middle names. This is their second work of fiction. A Texas native, Dee Pipes grew up in a small Texas town. Her degree from Rice University is a B.A. in English. She currently runs a company that helps other companies with marketing, project management, and other tasks. She has been married to her husband Bryan for thirty years. Also a native Texan, Charles Yates, Jr., was also reared in a small Texas town. He graduated from Rice University in Houston with a B.A. and Ph.D. in Biology. He received the M.D. degree from the University of Texas Southwestern Medical School in Dallas. He has been married to his wife Sally for forty-five years. They have four adult sons and six grandchildren. He now tends his garden in Richmond, Texas.


GIVEAWAY:
The authors are giving away two print copies and two ebook copies of Justice Perverted! Entry is restricted to USA residents only, please. Enter through Rafflecopter. 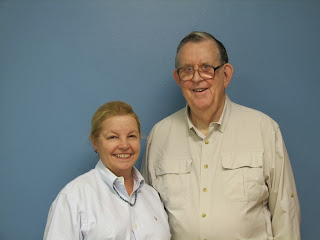