Since this is a blog about things I love this post is about one of my author idols. I can't remember when I picked up my first novel of Angela Knights but let me just say, its a day that I am grateful for! Her writing is fantastic and I am so captivated when I dive into her world.

Last July, (2013) I had the opportunity to travel to Vegas for a writing convention where I just so happened to run into her at the book fair and yeah, totally got my photo with her. After of course, I wigged out and made a total fan girl mess of myself!

She was super nice about the whole thing and signed one of her media items for me (since I was a spaz and left my book of hers on my desk at home!)

So on a whim, I emailed her asking if I could interview her and she said yes! How lucky am I, right?

So with out further delay, here is my fan girl big moment of April - an Interview with Angela Knight! 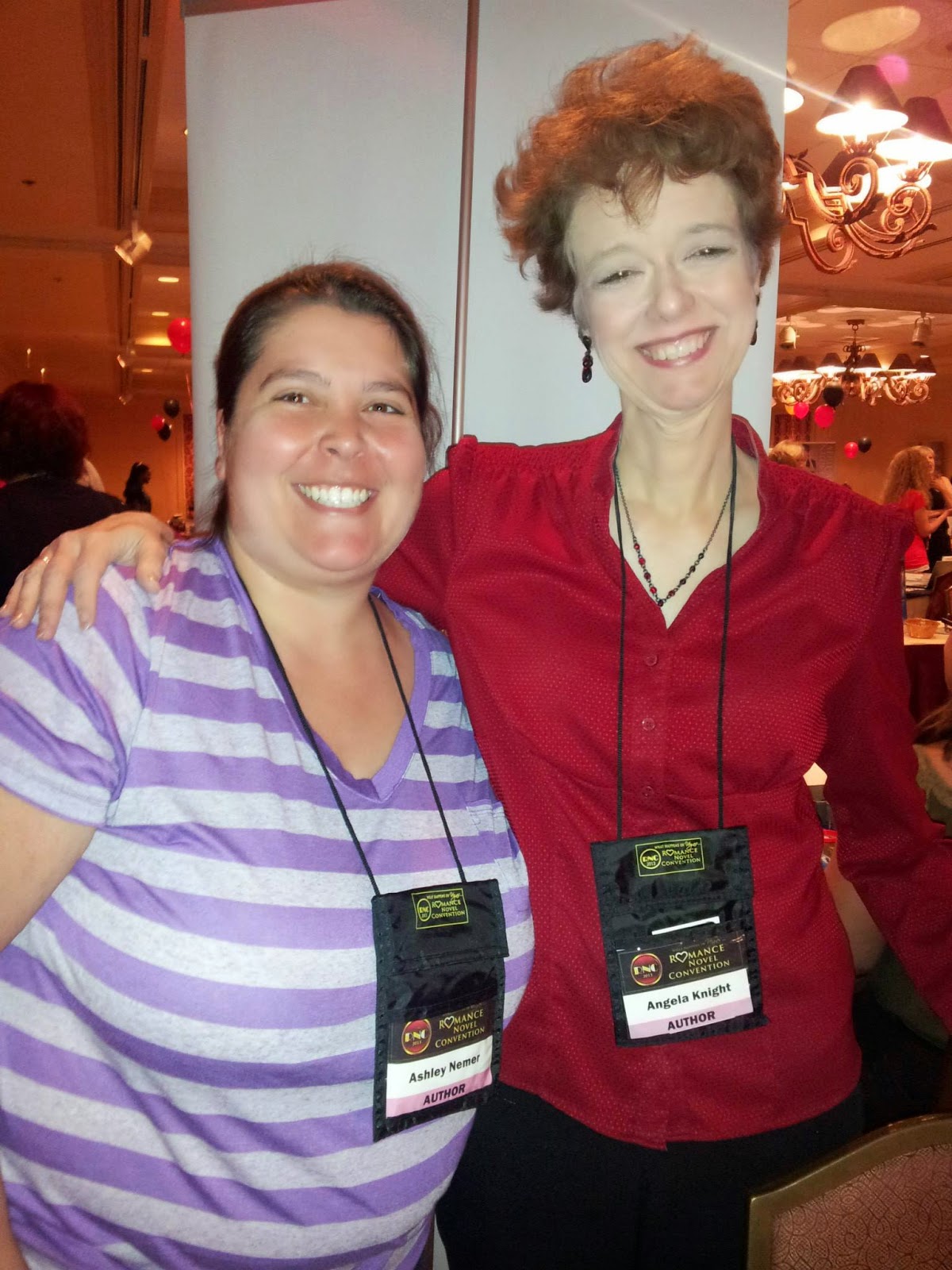 Ms. Knight, thank you so much for agreeing to let me interview you. You’re the first author that I have followed for years that I get to interview and I am just so touched you said yes! First thing I want to ask you, where do all of your ideas come from? I know that it is said inspiration hits in any place but is there something specific you do to give you such range in your writing?

AK: I am thrilled you asked me, not to mention touched.

My ideas come from all kinds of places. I read  a lot of books and watch a lot of movies and television. Often I'll find something about a character that intrigues me, and I'll think about how to spin that idea in an entirely different direction. For example, I was watching a Bond movie -- one of the Pierce Brosnan ones -- and he was doing something wildly improbable. I thought, "That would be a lot more believable if he we a vampire." So I got the idea for a vampire secret agent who had been working for the American government since George Washington hired him during the Revolutionary War. That book became MASTER OF THE NIGHT, the first Mageverse novel.

My favorite series of yours is the Mageverse world … HOW did you come up with that? Every time I read your novels those suck me in for weeks!

AK: Thank you so much! The core of the Mageverse comes from two of my childhood/teenage passions: King Arthur and vampires. So I thought, "What if Arthur WAS a vampire?" But I didn't want to do the standard vampire rules, so I spent a couple of days brainstorming how to create my vampires and what rules limited their strengths. I decided that sex was the key to transforming a man into a vampire or a woman into a witch because these were supposed to be erotic romances, and I had to come up with a reason for them to go to bed early and often.

Erotica – now that is a hot topic! What made you branch out into this and do you prefer it to your other writings? 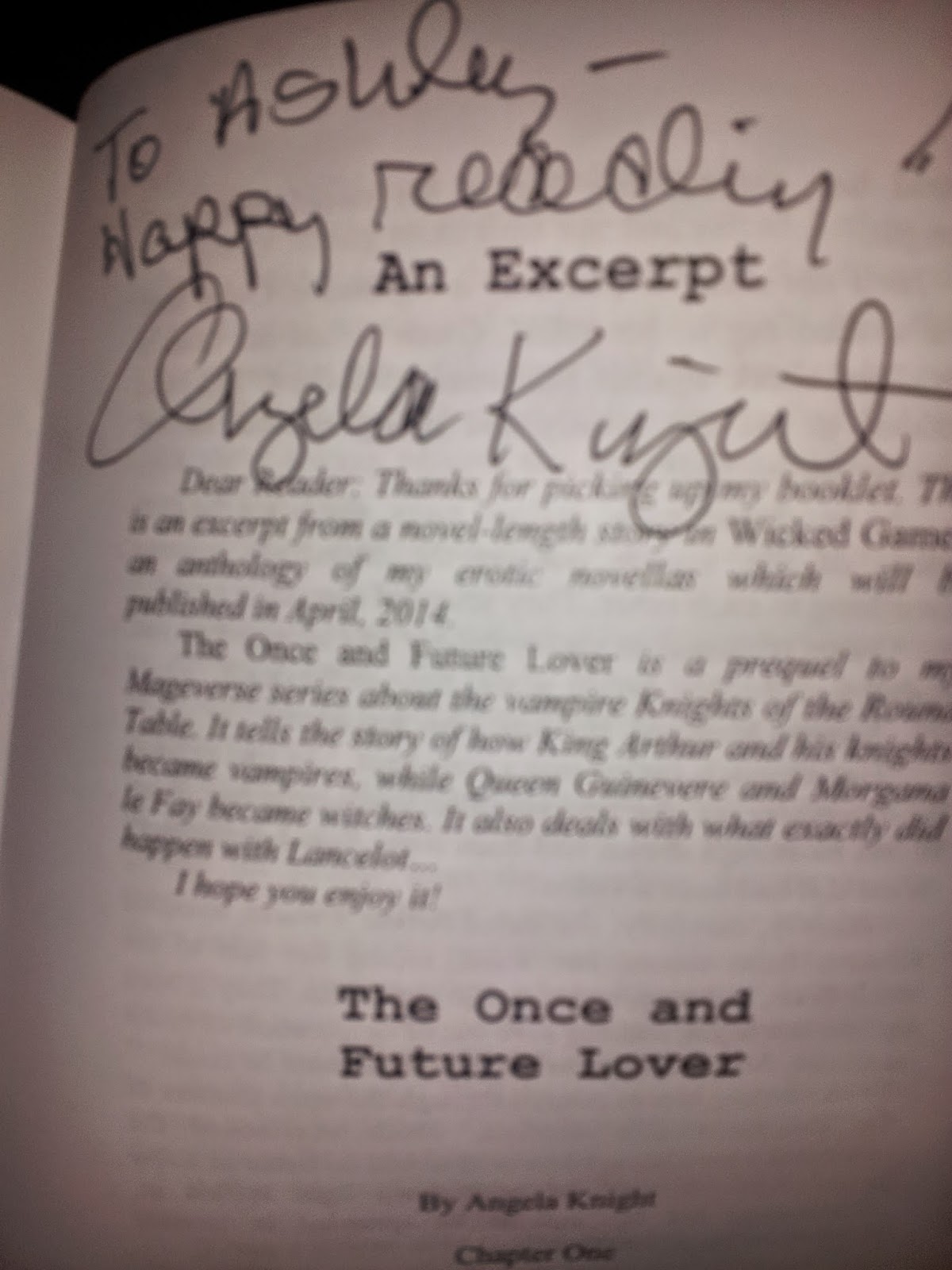 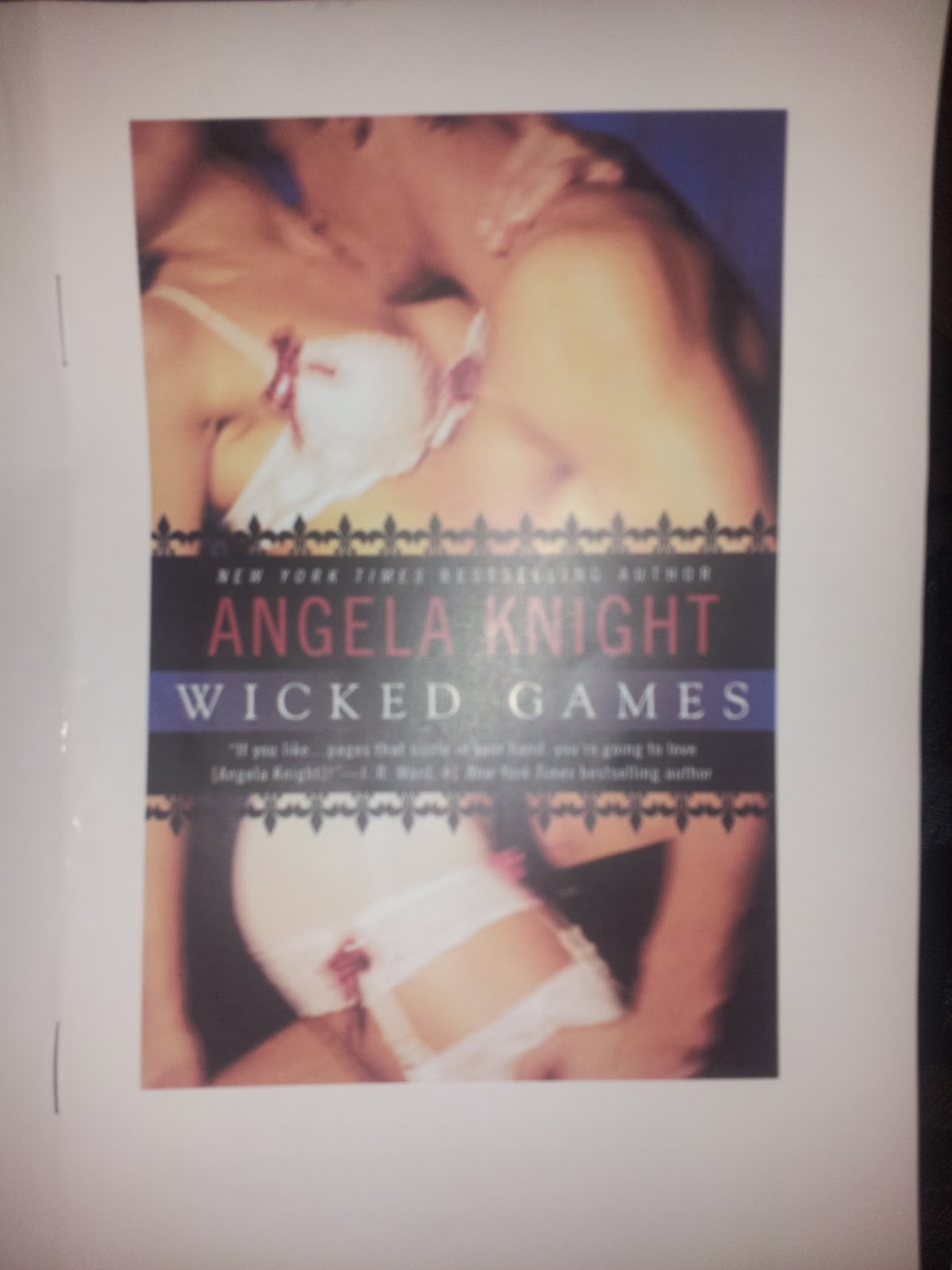 How long does it take you to write your stories, on average, and how long (word count) are they? Do you find some series are easier than others to write?

AK: My books are 400 pages or 100,000 words long, and they take about six months. As to which series is easier, it depends on the book. Some books come really easily, but with others, it seems I really struggle. Sometimes I just get blocked, and I have to figure out how to get around the problem before I can progress.

What about Characters, do you have a favorite of yours that always stands out above the rest, or do you love them equally?

I really like Arthur and Gwen. Arthur can be a bastard if you piss him off, but at the same time, he's a deeply heroic character despite his temper. He would give his life in a heartbeat to save innocents.

Do you plot out all of your story lines or does it all grow organically? Do you find one way easier than the other?

I have to plot my books. Otherwise I get completely stuck and can't write at all. I need to really know what comes next.

How old were you when you first started reading?

I was in the second grade--but I started writing in the third. My first book was the MOUSE WHO WENT TO THE MOON, which I wrote in pencil and illustrated in crayon.

And do you have a favorite author?

When looking back over your career is there anything you wish you had tried but didn't?

Any advice for new authors that strive to be like you?

Don't be too hard on yourself. You have to believe in yourself, because otherwise you can keep yourself from finishing ANYTHING. Remember you can't publish a book you don't finish!

I always do a rapid question round whenever I do interviews so please forgive me but I just HAD to know some of these answers. You have been one of my favorite authors for so long that some of these I have been wondering about for a while.

Male POV or Female POV which do you prefer to write: That's tough. Male, I guess, though I like both.
Short Stories or Novels, which do you read. Novels.
Ebook or Print: I'm coming to really like ebooks.
Louisa May Alcott or Charles Dickens. Dickens.

Reading at the Beach or Reading in the Mountains Beach.

You can catch Angela Knights newest release WICKED GAMES on sale now... The best part ... its from my favorite series of hers!!!

A prequel novella to the bestselling Mageverse series that gave a sexy twist to the Arthurian legend headlines this collection. This volume also features a special selection of stories, previously published as ebooks, but completely revised and expanded for this anthology.