The Last Drop by Andrea Perno

Jeremy always said Space Academy was Earth’s last hope. People only dream of leaving a dying planet in search of better lives. Avery never expected he would be forced to do just that.

On the heels of his brother's murder, his father's disappearance and Earth's dwindling water supply now contaminated with a deadly virus, Avery and his younger brother have no choice but to leave Earth behind and join the survivors migrating the nearest habitable planet.


“Christ, Mom,” I curse under my breath and cast a cautious glance over my shoulder even
though the heavy lead door is closed behind me. I shove the bag deep inside the backpack and bury it with the other supplies. No wonder our water rations look low. It would take nearly all of Dad and Jeremy’s rations to grow fresh fruit like this. Where did she even get the seeds? If the government knew she was using water rations to grow food without a permit, she could face jail time, even be exiled from base.

I’m contemplating destroying the fruit when a satisfying thought pops into my head. What a kick in the face it would be if the government knew food grown on base without a permit was being smuggled directly to the outsiders they refuse to provide rations to. Mom’s subtle act of defiance suddenly feels liberating.

I throw the backpack over one shoulder, clomp up the steps and cut through the drifting sand in our backyard toward the guard tower. It’s about a mile and a half hike to the barrier at the edge of Asik where the south guard tower stands. During the day, the hike would be brutal, especially on crutches, but the sun isn’t up and there’s still a comfortable chill to the desert air.

When I’m a few paces from the tower, a hostile voice hisses from inside my pants pocket, “Can you move any slower?”

I grumble and yank my CARD from my pocket. Bruce’s flushed face on the screen is annoyed.

“Shut up, Bruce. You’d be slow, too, if you were crippled. Just have the gate open.”
“You sure you want to do this? Jeremy’s due back in like—”
“Shut up. I can do it.”
“Fine. You better make it fast, gimpy. Patrol goes out in half an hour,” Bruce says, pushing

a button on the device so the gate dematerializes.
“Right.” I shove past him and head straight across the room, around the center security desk

to the gate directly opposite the one I came through. It’s the only other barrier between the military base and what lies beyond. Bruce grabs one of my crutches and I nearly eat floor trying to keep my balance on the polished marble.

“Dude,” Bruce snaps, his dark eyebrows knitting in frustration. He presses a handful of letters into my hands. “I’ve got people out there, too, remember?”

“Right. Sorry.” I dip my head but keep moving. I should show more respect. Bruce was my superior at the beginning of basic. He, his father and twin brother, were summoned away right at the beginning of training to lead a mission in Brazil. Bruce was the sole survivor. He still refuses to talk about what went down out there. His uncle is the only one who really knows. He raised a big stink about what happened to Bruce, but it only got him kicked off base. That left Bruce alone with no other family members aside from an elderly grandmother with severe dementia. The only reason he stayed was so she’d still have family ties to the military and a safe place to sleep. She’d be thrown out in a heartbeat if he left. The decision to stay has weighed heavily on Bruce. Now he’s just another rifle-carrying body on base that will occasionally turn a blind eye to what I’m about to do. Hell, Bruce practically begged me a week ago. Jeremy would be the one to do this kind of reckless stuff, but with him gone...Bruce and I both know it’s illegal, but we also both have people on the outside now. 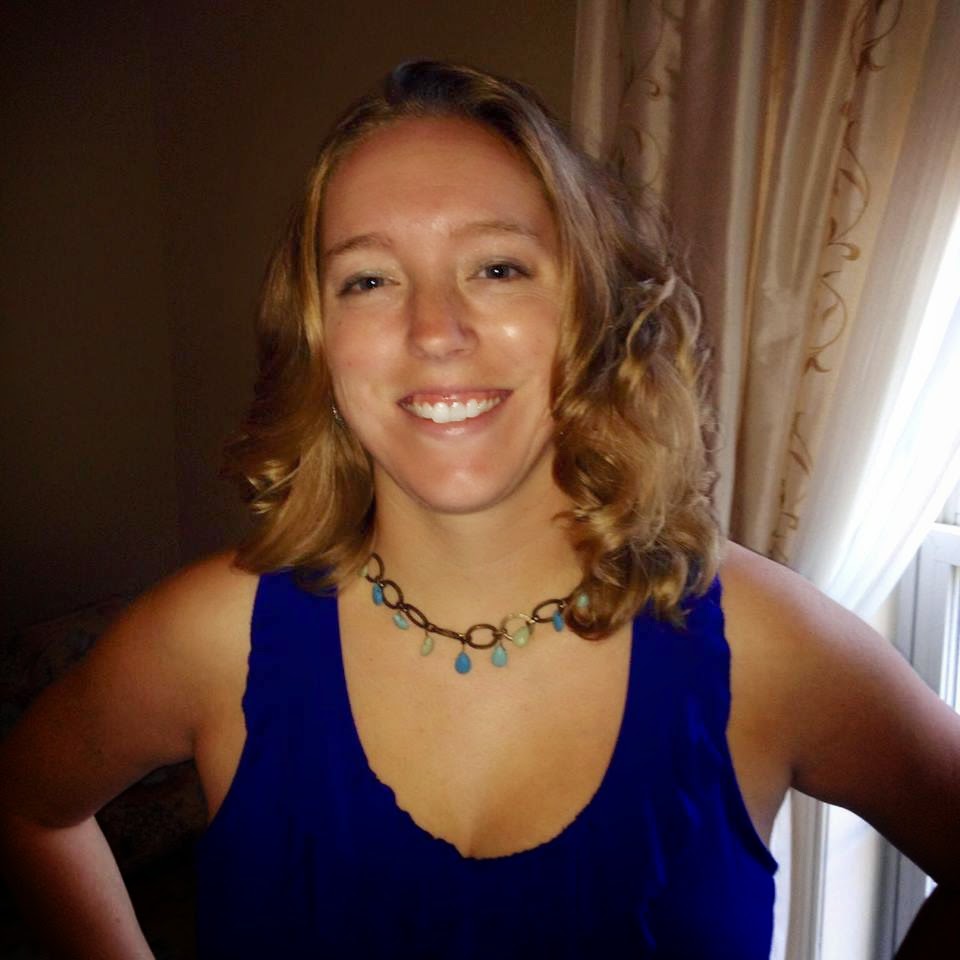 Andrea Perno writes futuristic science fiction. She divides her time between being a full time art teacher in Baltimore and writing. With very little "sit down" time to herself, she creates most of her writing through voice notes on her phone while driving to and from work. She grew up in Florida and Pennsylvania and now resides in Maryland where she enjoys the company of her husband, family and friends. In her spare time she can be found writing, creating artwork or on the back of a horse soaking up the sunshine outdoors. 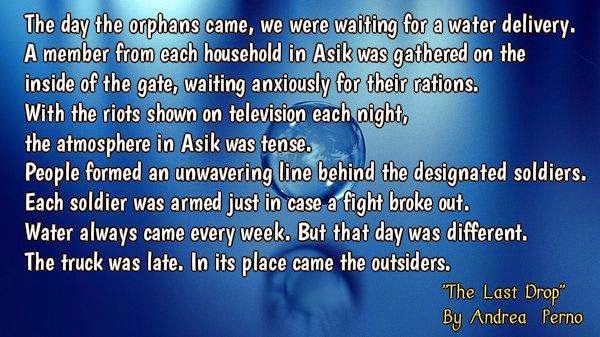 Understanding the writer’s life: Tips on how to live with and not be killed by your adoring spouse/aspiring author

People think that an author’s life…actually we’ll call it a career, is one of the easiest and most enjoyable a person can have. It is. Most of the time. Think about it, health care workers battle to keep people alive in hospitals. Teachers try not to strangle middle schoolers that back talk. Engineers keep our city from falling apart. Military and police fight to keep the peace, (you get the idea.) While all that’s going on, authors are sitting at home on their comfy couches thinking up the next big book to movie hit. It’s a great life and l absolutely love my home office. However, there are some key things that every spouse should know about the life of a writer. Mostly so they don’t get killed while they sleep or wind up as a character in the book that gets brutally eviscerated.

Tip #1. You have a stressful job. We get that. Don’t come home stressed out and tell us that we’ve sat at home all day on our lazy arses writing. That we should get back out in the real world and try a “real” job. I find it prudent to point out that most writers do a ton of research for their books. Some of which requires travel and countless hours of note taking. Many writers have already tried the real world. We prefer creating fictitious worlds for those that want to escape the “real world.”

Tip #2. Be kind to your author spouse when they need to use you as a soundboard. Even if they trick you into a three hour “book walk” through the woods to make sure they have enough time for a proper Q&A. Trust me, do the Q&A. Who knows, your ideas might find their way onto the pages where they will be eternally emblazoned. At best, you’ll get mentioned in the acknowledgements.

Tip #3. We will give you the finger…often. Get your minds out of the gutter people. I mean the index finger. It’s the one that’s usually accompanied by a glare when we get interrupted mid-thought. You need to tell us something. Got it. Unless Timmy’s fallen down the well again or you need to go to the hospital, whatever you need to tell us can wait five more minutes. Respect the finger.

Tip #4. Keep the texting to a minimum. Three-five texts a day is plenty. You’re out at a job saving the world remember? How do you have time to text us? Really. We love you, adore you, can’t wait to see your face when you walk through the door from a hard day at work…but we are working too.

Tip #5. We will keep strange hours. If we get up at 2:00am and don’t come back to bed until midnight tomorrow evening, go with it. It happens. If we are in a good flow, God save your soul if you get in the middle of it. Like I said, if you’re not bleeding…hospital rule, learn that one and you’ll be good.

Tip#6. Because of the strange hours we will keep, we need constant caffeine and sugar. The most savvy of spouses figure out which brand and combination is best without being taught. They’ve also mastered the slip in and slip out. Drop off the plate of cookies and cup of tea, then slowly, silently back away. Words are not necessary. Do not poke the bear.

Tip #7. We will talk to ourselves…occasionally we will answer back. This is normal. We do not need psychiatric drugs.

Tip #8 Do not, under any circumstances touch the computer or notes. Not even if you’ve ruptured an artery and have bled all over the pages. We will read through the droplets. Trust me if you accidentally delete something, turn the page on the notes we were looking at so now we are lost…You will not be able to run far enough, fast enough, or hide quickly enough. We will find you. It won’t be pretty.

Tip# 9. This is the most important one. Support us. Writing is hard work. Often we have quit our jobs in pursuit of a dream…one that has the very likely possibility of going absolutely nowhere. It’s scary for us too. The worst that can happen is we give it a shot for a year or two, it doesn’t work and we embrace the inevitability of entering the real world again. For the lucky few (and mostly these are the writers that have the undying support and love from their spouses) will become the few, the proud, the PUBLISHED.