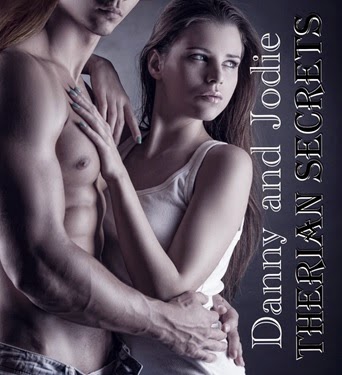 THERIAN SECRETS – Johanna Rae
What if life as you know it, was a lie? Redcliffe hides a secret, not all its residents are human.
To police this community, thriving beneath the public eye, a parallel justice system exists. Not only that, but it’s globally recognized. International Shifter Information and Control, or ISIC as it is more commonly known, helps protect the rights of both the civilians (their own kind) and the innocents (humans). It’s their job to keep the truth from the human population and ensure a peaceful cohabitation. That isn’t always easy with two types of shifters, Lycans and Therians, who don’t always get along.
Danny Archer, Captain of Redcliffe’s Urewera Unit, is charged with that responsibility. He and his team of Special Forces agents work around the clock to deal with all the problems and chaos which continue to unfold despite their best efforts. You see, ISIC has only been in NZ for eight years and many shifters and rogues still believe it to be a place to escape the law or hide from their own clans. This is further complicated when some of these agents fall in love. The ISIC agent’s life is hard enough without adding romance to the equation. Welcome to Redcliffe, a world the wildlife channels DIDN’T prepare you for.


The Mercenary
BOOK ONE

When twenty-three-year-old Jodie Fletcher realizes shape-shifters are real—and that they’re trying to kill her—she finds herself thrust into a life of danger and unimaginable intrigue. With both parents away, and her newly-single alcoholic brother Luke camped in the spare bedroom, Jodie feels like she’s drowning in a world she doesn’t understand. The only thing she can count on is the leopard who has taken it upon himself to protect her. She cannot ignore the raw emotion he awakens in her and longs for more. The leopard becomes not only her savior, but her escape.

Mysterious and unpredictable, leopard shifter Danny Archer hides behind his dimpled smile and pretty boy façade. What’s more, he has a second job the human population doesn’t know about—the one that leads him to Jodie and Luke. Archer feels an instant connection with Jodie, and must find a way to balance his volatile lifestyle to include her.

Luke Fletcher became an alcoholic long before his wife left him. Now he faces the brutal reality that the past has caught up with him. He made a series of bad choices while under the influence, which have placed his sister and his two young daughters in danger. Luke must try to find the man he used to be in order to survive the chaos he’s inflicted. He knows he won’t be able to live with himself if anything happens to his family.

Luke Fletcher had finally moved past his alcoholism and marriage breakup when the past caught up with him. Abducted by a clan of Lycans, he woke chained to a cell wall. How long will it take before someone finds him? Will he survive the ordeal and more importantly, retain his sanity?

Jodie Fletcher is under house arrest and not even in her own home. Her boyfriend Danny Archer has become more than protective since Luke disappeared. Working for International Shifter Information and Control, or ISIC, Archer is head of the Urewera Unit in Redcliffe.

Trained and employed to maintain the shifter justice system in a world where humans are oblivious, is no easy task. Now his connection with the local shifters has crossed paths with Luke’s past, Archer is caught between keeping Jodie safe and finding her brother.

That’s just the tip of the iceberg. There is conflict within the Unit. A group of men closer than family are suddenly at odds, distanced from their duty as ISIC agents. Rufus discovers he may have missed the chance to be with the woman he loves. Eddie reveals his animal side to girlfriend Ainsley for the first time; can she accept his second form?

The turmoil surrounding Jodie leaves her nowhere to hide. The clan of were-boars who took Luke, grow bolder by the day. This escalation of tension has to end, but who will emerge victorious?

Polar bear Therian, Rufus Ramanui, is one of Redcliffe’s most dangerous ISIC agents. He swore an oath to protect the innocent and serve the greater good. Now, he wants to retrain as a Phoniás – an assassin – believing it necessary to help his comrades in the ongoing conflict with the Lycans.

The only problem with that plan, is pretty bartender, Summer Matthews. She and Rufus have definite chemistry, but she’s currently dating someone else. Will it be too late to win her heart by the time he returns home?

Siblings, Jodie and Luke Fletcher, also intend to train as agents. With Rufus and the two Fletchers out of the country, Danny Archer, Captain of Redcliffe’s Urewera Unit, will have his hands full. Already Rufus’ boss, and Jodie’s boyfriend, Danny has a lot invested in their success. When things start to get complicated, both at the academy, and back in Redcliffe, will Danny be able to spread himself thin enough to avoid disaster?
BOOK TRAILER – http://www.youtube.com/watch?v=CJXz6GKZ4LI
BUY LINK - AMAZON 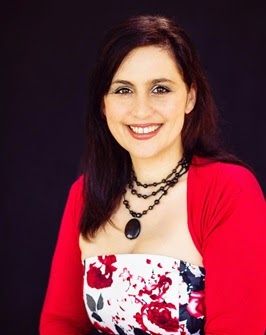 Johanna Rae is a former fashion designer and married mother of three. She has always had a passion for writing, even at a very young age. When she was five years old, her teacher asked her what she wanted to be when she grew up. The answer was: A writer and an artist. It is safe to say that she hasn't deviated far from that mindset. Johanna lives near Hamilton, New Zealand. She shares her rural property and gorgeous outlook, with her family, cats, cows, chickens and several crazy goats.


Everything you thought you knew about the world is a thinly veiled façade. Shapeshifters exist and live amongst the humans, a double life filled with danger and intrigue.