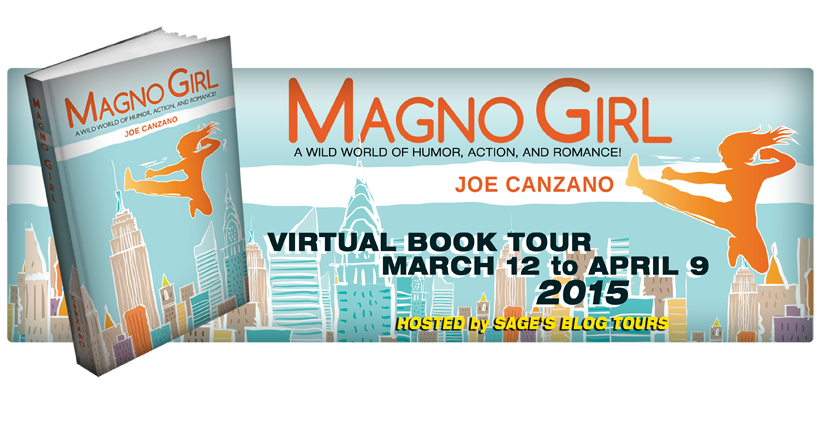 When a Manhattan pizza maker is found dead in his own dough, Magno Girl enlists the aid of her biker ninja boyfriend to help solve the crime – and quickly discovers there’s more to the pie than meets the eye, including a sinister plot that spans the globe.

Magno Girl leaps into action. After all, she can fly, she can fight, and she can use her fearsome superpower, the “Gaze of the Guilt,” to bring a hardened criminal to his knees. But the road ahead is hard. The city’s other superheroes despise her, and the cops don’t want her around, and her own mom won’t stop spitting out advice about marrying a “respectable guy” and trading in her crime-fighting career for a baby carriage—but is she attracted to “respectable guys”? And is she interested in emotional commitment? And will finding real love be her biggest challenge of all?

Welcome to the world of Magno Girl, a wild and absurd place filled with humor, action, and romance. 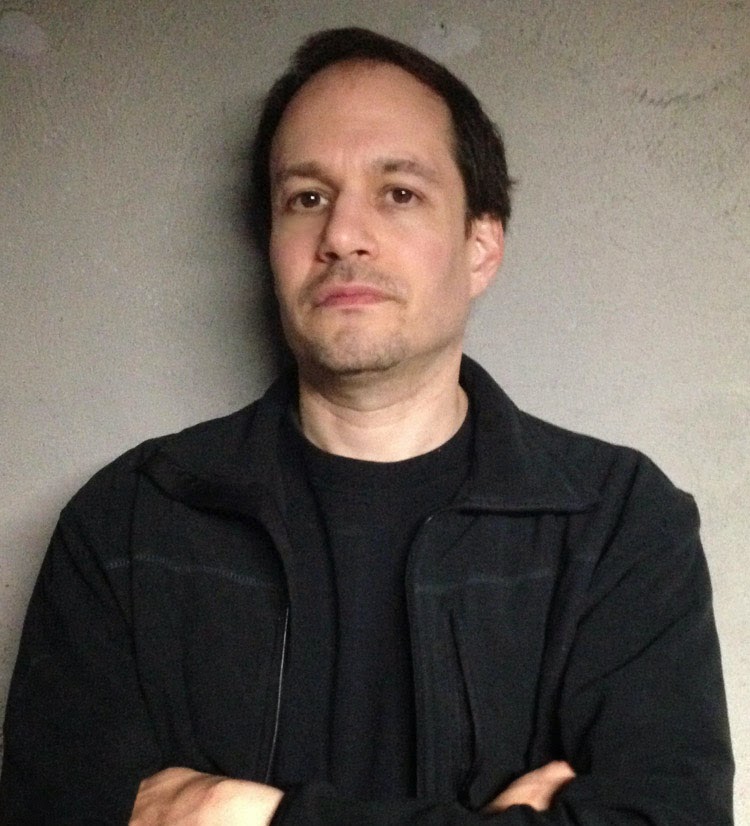 Joe Canzano’s interest in stories started at the age of three, when his mother read him Peter Rabbit. Unfortunately, his grandfather shot Peter and shoved him into a pot, convincing Joe at a young age to never write a story about a fuzzy animal.

Through his school days, English was the only subject that didn’t put him to sleep. He has a BA in English from Rutgers University.

Joe once wrote a 10,000 line epic poem about an upscale madam and the secret agent who falls in love with her. He figured this would take the literary world by storm since there was nothing like it on the bestseller lists. He soon discovered there was good reason for this. As one editor said, “Epic poetry ain’t what it used to be.” Well, crap. Joe decided to write something else.

Joe’s hero is Wile E. Coyote because he keeps on trying, no matter how many times a big rock falls on his head.

Joe’s short stories have been published in the following places: Akashic Books Online, Happy Magazine, The Chrysalis Reader, The Wisconsin Review, Studio One, Pearl, Schuylkill Valley Journal, Quercus Review
Joe is a rock and roll singer, songwriter, and guitar player, and his stories and style are influenced as much by the Ramones and Lou Reed as they are by Kurt Vonnegut, Mark Twain, Elmore Leonard, Christopher Moore, and Tom Robbins.

Joe’s publishing company, Happy Joe Control, has several other novels to be released in the near future.