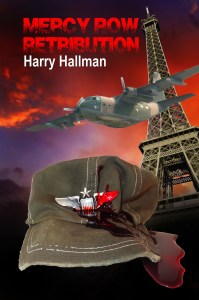 Title: Mercy Row Retribution
Author: Harry Hallman
Genre: Historical Crime Fiction
While serving as a pilot during the Vietnam War, Gerry Amota, the grandson of Jacob Byrne, the head of a powerful North Philadelphia Irish crime family, seizes an opportunity to create a lucrative marijuana smuggling operation. It’s 1967 and under the secrecy of a classified military operation and with the assistance of a French Marseille Mob, who owns plantations in Cambodia, he is able to send tens of thousands of pounds of marijuana a month to Philadelphia. His grandfather’s criminal enterprise distributes the drug to a population who has developed and insatiable appetite for the marijuana.
A rival French from Paris gang tries to force Amato to buy their product and this triggers war between the Byrne family and the Paris mob.  From the steamy jungles of Vietnam and Cambodia, to the streets of Saigon, Paris and Philadelphia the ruthless actions of the Paris mob threatens to destroy the Byrne family. Gerry Amato orchestrates merciless campaign of retribution against his foes in order to save himself and his family.
In part two of Mercy Row Retribution, the third book in the Byrne family saga, it is April 1975 and South Vietnam is about to fall to the North Vietnamese communist. Gerry Amato fears that the communists will take revenge on the population and especially children, many of whom are Amerasian, at an orphanage he supported and volunteered at during his time as a Pilot. He orchestrates a rescue mission to retrieve the children and bring them to the United States. This takes him and his team into harm’s way in Thailand, across Cambodia and into worn torn Vietnam and back. The fate of 75 children and 30 adults rest squarely on Gerry’s shoulders.
Bonus Section
Mercy Row Retribution includes a bonus section of short true stories of the author and his friends’ experiences growing up in North Philly in the 1940s and 50s. This is a true reflection of what life was like for kids from working class families growing up on the streets Philadelphia. 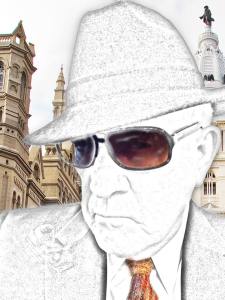 Hallman was born in 1944 and raised in the Kensington section of North Philadelphia. Hallman’s father was Harry Hallman, Sr., a champion pool player who also owned a poolroom called Circle Billiards, located at Allegheny Avenue and Lee Street in Philadelphia. The younger Hallman spent many hours after school at his father’s poolroom and watching his father play in other poolrooms in Philadelphia and New Jersey. The people he met, some belonging to the real K&A Gang, influenced his writing of the Mercy Row series.
After a year of being an apprentice plumber he served four years in the U.S. Air Force, including two tours in South Vietnam as a photographer. His first tour was at Ton Son Nhat Airbase where he processed film shot by U2 Aircraft over North Vietnam and China.  He returned to the same place for his second tour, but processed film shot by U.S. fighter recon aircraft. He is married to Duoc Hallman, whom he met in Vietnam, and has two children, Bill and Nancy, and one grandchild, Ava.
Hallman is a serial entrepreneur who has created several marketing services and digital media companies and continues to work as a marketing consultant.
Email Hallman at harry@mercyrow.com. Keep informed at www.mercyrow.com or on Facebook at www.facebook.com/mercyrownovel.