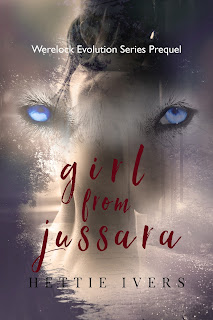 What if your “soul mate” was a monster?  Would you embrace your destiny?  Or chop his head off in his sleep?

After escaping the supernatural beast who claimed to be her fated mate, a pregnant, 16-year-old Lupe finds refuge with the Reinoso werelock pack, forging a complicated love-friendship with both the pack's charming, former Alpha, Alcaeus, and the dark and enigmatic pack doctor, Kai.

This is the story of Lupe and of how she managed to get Alcaeus and the rest of the Reinoso male werelocks so well wrapped around her little finger.

Prequel to "Slip of Fate."  May be read as a standalone or as part of the Werelock Evolution series.

Hettie Ivers loves to tell stories—the more twisty, darkly humorous and smutty, the better!  A workaholic insomniac with an overly active imagination, Hettie began writing as a distraction from the real life corporate mergers that were giving her nightmares. 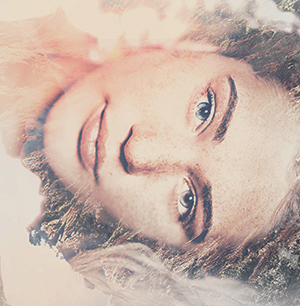 As a dog lover and lover of hot men, she thought it'd be fun to write about both—combined into one paranormal package.  Hettie favors stories in which realistic, relatable characters must navigate fantastical, larger-than-life circumstances. She's a sucker for sexy antiheroes, underdogs, and flawed protagonists, and she enjoys fresh spins on classic tropes with a sprinkling of satire.