It’s that time of year again. The time we sit back and reflect on what we experienced and determine our top five’s. This year is a bit hard because time flew by in a BLUR! Thank goodness for Goodreads book tracking and IMBD for movie tracking. Otherwise I would be taking a stab in the dark at what came out when. This year I am also adding a top 5 moments in my year. Just for something fun.

Let’s start with Books, since you know, that is my favorite subject.

Picking a top five is super hard because there were just SO many! So here it goes .... Like always, no particular order.

Kendra Elliot and Melinda Leigh have a couple series of books that all intertwine to form an awesome story in Oregon. There are 10 books in this cluster so I am going to group them all as one. It’s all about one family who has many sub plots. All of the men in the family are apart of law enforcement except, one brother, who is the town’s mayor. The women are all good strong women but not in the sense of in your face strong. More like women who have struggles but push through for their family. They represent real women and real issues. This mix of series really does so much to keep you captivated. I hope there are more stories next year for me to read.

Jeff Wheeler wrote a series that is phenomenal. The King Fountain Series. It is set in a different land full of magic, adventure and love. There is heart breaking situations that will make you shed a tear or two. Then story lines that will make you yell at the main characters for their decisions. It starts with one man and his journey. Follows through his coming of age story and then transitions to he and his best friends children. There is, I believe, another book coming out in 2018, I HOPE, because the story isn’t finished!! I started the year off with book #1 of this series and man, I wish I was ending this year with the next installment. If you love magic, love and adventure this series is def up your alley.

Richelle Mead’s Glittering Court series. I am not usually a fan of young adult stories because it is hard for me to attach to the main characters, however, Richelle Mead really makes it work. I read the story because she was coming to Houston for a book signing and I wanted to know about the book she was going to talk about. So I had no choice but give it a whirl. I am really glad I did. There is the usual coming of age story for the main character but it is so much more than that. You’re looking at girls lives when they have no choice and their lives are planned out for them. Girls who have no family, are trained to be high class society and sold off to the highest bidder. It pulls at your heart strings but man it is a great series. I need to read the 3rd book, maybe I can squeeze that in at the start of 2018. Def good series!

Jeff Wheeler has another series, Muirwood. Just as good as King Fountain! There were 3 books I read in this series and it also has that fantasy/science fiction feel as King Fountain. Once again magic is at the center of how these characters make action happen and it is just enthralling. I highly recommend Jeff Wheeler’s stories to anyone who wants something different yet relatable.

Robert Dugoni’s series “Tracy Crosswhite” was another winner in my book. I believe I read all five so far in this series this year. Tracy is a bad ass detective who has crimes to solve and bad guys to lock up. The series was full of action and kept you turning pages until you found the ending that you knew would make you happy. Robert Dugoni’s writing style is very easy to get sucked into the story. If you are a mystery action pack reader then this series will make your inner bookworm squirm for more.

Bright staring Will Smith was a movie put together by Netflix. I know that I have seen a lot of people giving this movie bad marks because of one reason or another. But I really enjoyed it. There was a lot of action which kept me watching. Plus the acting was great. As you know I am a major Will Smith fan and when I think of the last movie of his I saw (Suicide Squad) which left me disappointed (Not because of Smith) this was a breath of fresh air. I hope there will be more movies in this fantasy world. Ork’s, Fairies and Humans ... OH MY! Lots of love and hate relationships going on, which as you are well aware, make for great drama.

Guardians of the Galaxy 2 - I just love this movie series, Marvel is doing phenomenal! I cannot wait for more, and as always, Groot stole the show. This film has everything in it. Great acting, great writing, great cinematography. Truly of all the action comic world movies this series is in my top two. (My #1 being Christian Bale’s Batman series). Hopefully Guardian’s 3 will be just as awesome and keep this world moving forward. The music once again made me smile at the sound track and here is hoping that the awesome tunes keep up in the future.

Logan - This movie made me cry real tears of sadness. I am a major Hugh Jackman fan and just, this movie killed me. I am so beyond words sad that this world of Hugh Jackman as Wolverine is done. I wish there would be move movies and I know there can’t be. But it breaks my heart. Seriously this movie shows you just how amazing Wolverine is and the depths of Hugh Jackman’s acting is great. And let’s not even touch on Professor X. I can’t write this short paragraph with out tearing up. Amazing movie, just fantastic.

LEGO Batman - this is hands down the BEST Batman movie created. My kids and I laughed our butt’s off through the entire film. “IronMan Sucks” Is their favorite line from the film! It just makes you feel good. The way it was all laid out and the plot make you smile through the whole thing. The Joker and Batman’s love/hate relationship is just spot on. Fantastic job doesn’t describe properly how this movie was put together. It is beyond one of the best super hero movies ever.

Jumanji Welcome to the Jungle - This was a fantastic sequel to the ever so popular one with Robin Williams from the 90’s. The Rock, Kevin Heart and Jack Black were just killer hilarious. Jack Black stole the show. A man, playing a woman, trapped in a man’s body. HILARIOUS so funny. Absolutely perfect. This film did it’s predecessor justice. I encourage anyone who needs a good laugh to check it out. A sure fire hit.

My daughter making honorable mention in her Science Fair competition with her solar oven & ending the semester with honor roll. By far, awesome. She did so much work to conquer this feat that I have bragged and bragged as much as I can.

And in a tie, my son coming home with First Place in his science fair for presentation of his bottle rocket he made from scratch at home. The smile he had when he showed us the medal will warm my heart forever.

Holding my newest little nephew hours after he was born. There is just something about new babies that make every one smile, isn’t there. But the newest little member of the family is sure brining lots of joy.

The Pasadena Library (Texas not California) housing all of my printed books sending more readers my way. Nothing makes you feel like a success as much as a library displaying your books and encouraging others to read them.

12-30 - My husband and I celebrating our 11th wedding anniversary. So many people our age give up on love or marry and don’t try. It is quite a personal accomplishment knowing that Tony and I have gone through the ups and downs together and have come out on top. Together not apart. I love him more than anything else in the world and knowing I can always wake up to him gives me comfort beyond words.

Here’s a no brainer - Justice League. Man DC just ugh ... their movies are no good as a whole for the big screen. I WISH they would just give it up. Aqua Man was hot ... which leads me to # 2 disappointment

The Chief’s losses - Every year I hope they are SuperBowl bound but man ... we went like 5-0 and Bam just start losing. Thankfully we are still in the playoffs but we should have been in the #1 or 2 spot ...  I just hope we win a game this year in the playoff’s. Saying prayers ...

The Walking Dead - killing off Carl was just ... man, what a let down. I love Negan but not at the cost of Carl. UGH. Damn you writers.

Apple Updates - these last round of updates really set my phone back. First their was the typo issue with the letter “i” then the charging issue. Now my iPhone won’t charge with half my cords because they are after market. UGH, ANNOYING! Come on Apple, get your shit together. 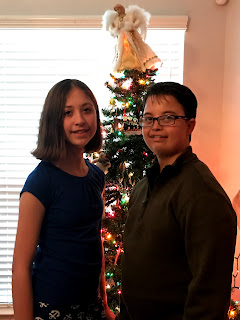