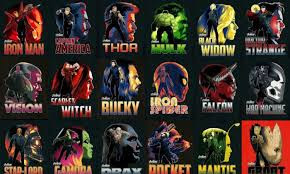 I am going to do my very best to give nothing away but I know there are a few things I was expecting going into this movie so I am going to mention them. If you were not expecting them then, I’m sorry.

Hell I don’t even know where to begin because dang it had so much in it. This movie seems to pick up where Thor ended with Asgard being destroyed and his people fleeing. It was such a powerful opening scene I didn’t think that the entire film would carry that strength through each minute of it.

I honestly don’t think there were any points where I was bored or thinking it needed to move faster. There were a lot of great one-liner moments. I will forever be a Loki girl, I just love him. But I am a sucker for a good bad guy.

One of the great parts about this movie is it really does tie in all of the movies into one solid story line. There wasn’t any parts of the movie that felt like certain characters weren’t getting enough screen time. It was pretty well divided up.

I went into the movie expecting either Iron Man or Captain America to die. I even joked with my husband ‘do you want to bet’ on which one it is. The reality of the actual loss in the movie was so painful. My kids, 16 and 13, were with us and my son, god love him, was in hysterical crying and my daughter had tears streaming down her face. Had I not been comforting my son and reassuring him that it was just a movie and fake I would have been crying too. It had such an emotional pull at every heart string.

My husband reassured me that in the comics there are ways for things to be reversed and that brought comfort knowing that maybe, just maybe, the ones we have come to love over YEARS of our lives of devotion won’t be gone for good. Sometimes I love that he knows the comics and knows what’s coming up next, or that it is truly playing out the way it is supposed to.

Man, it has been about 12 hours since my family walked out of the theater and I still feel it reeling inside of me.

Marvel does such a fantastic job with their movies. I don’t know why they can do such amazing theatrical films and others cant but I am so glad to have it to turn to some days to remove the boredom of daily life.

Obviously I am giving this a 5 Star Review. This is probably easily the best movie of the year. I wasn’t a fan really of Black Panther, it just, didn’t do it for me. But after seeing how Wakanda participated in this chapter of the story I can now appreciate what Black Panther’s movie was doing much better.