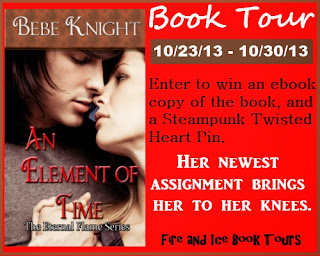 I am pleased to welcome Fire and Ice Book Tours presenting, Bebe Knight
Visit the rest of the tour Here

A vampire and a slayer walk into a bar… Sounds like the beginning of a bad joke, but for Veronica and Mackenzie, it’s the beginning of the rest of their lives…
The world has seen its fair share of evil, but Veronica Chase had no idea such monsters truly existed. Werewolves, poltergeists, witches… even vampires. Ignorance was bliss. But her reality was crushed on that horrid day her family was taken away from her. Now, Veronica has devoted her entire life to hunting those very creatures, searching for the werewolf pack that murdered her parents in hopes of finding her abducted sister. Nothing will get in her way of settling the score for the hand she was unjustly dealt. That is until her newest assignment brings her to her knees.

After one hundred and eight years on earth, Mackenzie Jones thought he had seen it all. With the exception of daylight of course, but that’s what comes with the territory being a vampire and all. Perpetually damned to live his life as a bartender in the shadows of the night, nothing has sparked his interest lately. Just once he wished something exciting would happen in his mundane life. Little did he know, his wish was about to come true. Walking through the door to his bar, and into his heart, Mackenzie allows love to take the wheel for the first time. There’s just one slight problem. She’s there to kill him.

Veronica took a seat on an empty stool in a deserted corner, far enough away from anyone to hear a conversation. He glanced her way and held up a finger to let her know he’d be right over. Mackenzie was currently busy talking with two girls, a blond and a brunette, who were both dressed to kill and definitely playing him up. The blond kept laughing louder than necessary, while the brunette playfully hit his arm.
Veronica rolled her eyes. It was obvious to anyone with half a brain what they were after. However, his demeanor suggested that he was uninterested. Either that or just very naïve. Points for her if that were the case. When he was finally able to remove himself from the talkative twins, he made his was over to take her order.
“What can I get you?” Mackenzie asked with his back to her, ringing out another customer on the cash register. He had no clue that she held the fate of his life in her hands.
“Make it a Bloody Mary,” she requested. Trying to see if she could get him to turn around, she hoisted her messenger bag onto the bar, making a loud thump in the process.
He cocked his head toward her, and raised an eyebrow. “You sure you can handle it? I like mine extra hot.”
“Yeah, ninety-eight point six degrees,” she muttered under her breath. “Bring it on Mackenzie, I like a challenge.” He turned around at the mention of his name.
God, he’s gorgeous, Veronica thought. Shit, is he using mind control on me? She shook her head to clear her thoughts. Now was her chance-- all she had to do was hop over the bar and stake him. Easy enough, right?
“Now that I have your undivided attention, let me introduce myself. I’m Veronica Chase and I’ll be your slayer tonight.” She took a stake out of her bag and placed it on the bar. “Any questions?” 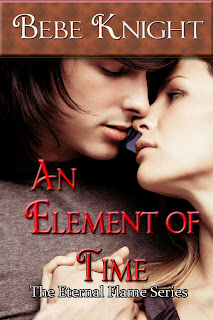 Bebe Knight is the author of the paranormal romance series, The Eternal Flame Books. She lives in Upstate NY with her husband and son. Writing has always been a part of her life whether it be books, plays, or handwritten letters to friends and family. It’s a dream come true for her to be able to share her stories with others.
Website http://www.bebeknight.com

·         Q: What got you started in that business endeavor?
o   A: My parents were murdered at the hands of a werewolf while I was away at college. When I got home, there was a small group of hunters there assessing the situation and they offered me a job right then and there. I had nothing else left, so I accepted. And to be honest, the prospect of getting revenge against the werewolf was beyond tempting.

·         Q: What was your most difficult hunt?
o   A: Probably the most recent one where I was asked to kill four vampires on my own. But it was also the most rewarding hunt as well, which you will find out why in the book.

Grand Prize – An ebook copy of An Element of Time by Bebe Knight, and a a Steampunk Twisted Heart Pin, handmade with polymer clay, by ArtsDaughter.  (http://www.etsy.com/shop/artsdaughter). The giveaway starts 10/23/13. Enter through Rafflecopter. 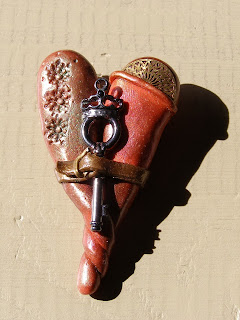