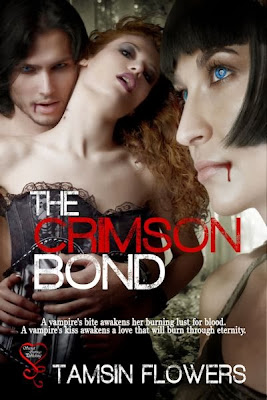 What to give your vampire for Christmas…

It's so tough every year finding the right gifts for your friends and family, but it's even tougher if you have to buy a present for a vampire! What can you give to a man who's too glamorous for socks or a woman who won't eat chocolate?

·         The male vampire in your life would certainly appreciate a new black cape - we suggest a fine worsted wool, perhaps with a black fur trim for the winter.

·         How to Tame and Train Your Bat - this book is absolutely essential for any vamps with a pet bat.

·         If the love of your life is a bloodsucker, what about buying them an antique ring, preferably showing a vampire coat of arms.

·         Or if they prefer fiction, why not give them a copy of The Crimson Bond for their e-reader?

·         And avoid, at all costs, Twilight perfume and Buffy the Vampire Slayer board games!

Willow Jackson develops an unhealthy obsession Etienne Corbeau; little does she realise he's a suave, sophisticated vampire.  After appearing in her dreams, Willow is astounded to find Etienne in her room for real and even more shocked when, in the throes of a passion she can’t resist, he sinks his teeth into her neck and drinks her blood.

But Etienne is greedy and to save Willow's life, his wife Elouise forces her to drink vampire blood.  From this moment Willow is herself a vampire, forming an unbreakable bond with Elouise which forces her to choose between the beautiful new vampire and her husband of two centuries.

As Willow learns to tame her bloodlust and vampire sex carries her to new heights of physical pleasure, Elouise is snatched away from her.  The battle lines are drawn: now she and Etienne will fight for possession of the woman they both love...

Even with the shutters thrown wide, there wasn’t enough of a breeze to dry the sweat off Willow Jackson’s skin as she lay writhing, naked and alone, on the huge double bed. But it wasn’t the heat keeping her awake. After all, she’d lived in Santa Fe for most of her nineteen years and it was still only spring. The mercury would rise far higher over the summer months.

It was an unhealthy obsession that was keeping Willow awake. An imaginary scenario played over and over in her mind. The heroine? Herself, naturally. The hero? Her creative writing tutor Etienne Corbeau, and it didn’t play out in the stuffy lecture hall where she spent Tuesday and Thursday mornings hanging on his every word. No, in her imagination they were in the woods. She would be standing with her back against the rough bark of a pine tree, feeling the scratch of it through the fine chiffon of her dress.   He would be walking toward her, tall and so sure of himself, pulling off his tie and discarding his shirt as he got closer. Revealing a sinewy, brown torso, lightly peppered with black hairs, making the breath catch in her throat, and lighting a fire between her legs. As he approached, his eyes would rake up and down her body. She would watch his chest heaving as his breath became ragged. Seconds later, they would come together in an urgent embrace.

But then, just as their mouths were about to fuse in a blistering kiss, just as she was about to surrender to his caress, the image would dissolve. Damn it. Always the same. She would be back in her bed, the sheets twisted around her legs and a sheen of sweat between her breasts. Frustrated and wanting him more than ever. She kicked the covers away and let a hand stray softly and slowly down her stomach toward the dull throbbing between her clammy thighs. But it was him she needed, not her own fingers.
She sat up sharply and dropped her head to her hands, elbows resting on bent up knees. Why was she torturing herself like this? She could never have him. He had to be at least ten years older than she was. She doubted whether he would give her a second glance if she was the sole women left on the planet. And he had a wife. Willow had seen them together more than once. The woman was stunningly beautiful and perfectly groomed, with expensive clothes that fit like a glove and never a hair out of place. So it was no surprise to see, in his wife’s presence, the suave and elegant Monsieur Corbeau had eyes for no one else. Another surge of longing swept over Willow as she remembered watching them getting into their car together at the end of school. A ravishing couple, evidently in love. Willow had noticed Etienne’s hand slide down the curve of his wife’s shapely rear as she’d climbed into the dark red Porsche, looking up at him with parted lips and an adoring glance.

Willow’s legs slackened and fell wide apart. She leaned back against the headboard and pressed her right palm hard against her downy mound of Venus. A sharp little moan escaped her mouth and she bit hard on her lower lip, hoping her roommate, Jordy, sleeping in the next room, hadn’t heard. In a moment her hand was slick with sweat and juice, her engorged clit pressing up hard against the base of her fingers. A tendril of toffee-colored hair fell across her face as she arched back in pleasure and her blue eyes closed as another image Etienne Corbeau flooded her mind. And her senses. If she couldn’t have him in real life, she would at least have him in her imagination.
This time the picture show didn’t stop and as she teased and twisted her nipples with one hand and explored the dark recess between her legs with the other. It was as if they were at last together.

“You want me, don’t you?” he whispered in her ear. She could virtually feel his hot breath on her neck.

She nodded, unable to speak, and in her mind she felt his body pressing tightly against hers.

“Then tell me,” he said. His voice sounded real in her ears.

She opened her eyes to be sure, but she was definitely alone in the room.
“Etienne, please come to me.”

Tamsin Flowers loves to write light-hearted erotica, often with a twist in the tail/tale and a sense of fun.  In the words of one reviewer, 'Ms Flowers has a way of describing sexual tension that forces itself upon your own body.' Her stories have appeared in a wide variety of anthologies , for publishers including Cleis Press, Xcite Books and Go Deeper Press. She has now graduated to novellas with the intention of penning her magnum opus in the very near future.  In the meantime, like most erotica writers, she finds herself working on at least ten stories at once: while she figures out whose leg belongs in which story, you can find out more about her at Tamsin's Superotica or Tamsin Flowers. 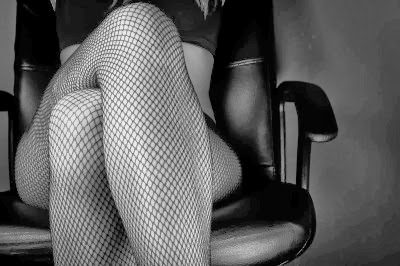