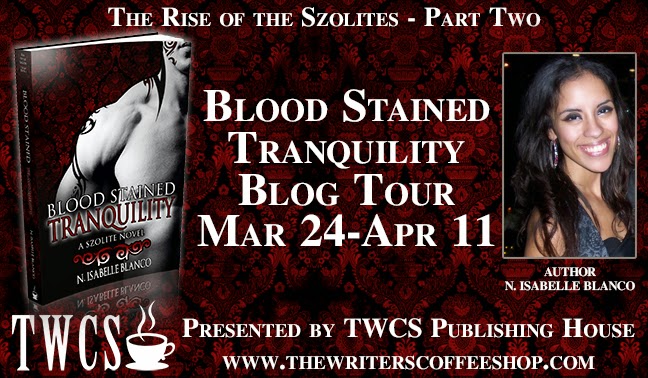 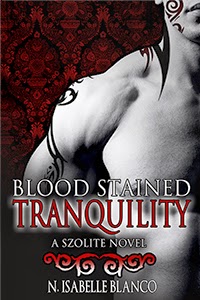 The wheels of destiny are spiraling out of control quicker than even the gods can keep up. They all thought they knew what war was like—but have no idea how bad things are about to get. In the continuation of the Szolite series, two of the most dangerous powers in the Universe will be unleashed, threatening to push two fated beings apart.
A normal human girl. . .
Evesse Salazar never imagined that a violent end to her already difficult life would be just the beginning. After being thrown into a vortex, shredded apart, and killed, she is reborn as something more. Something she might not be able to manage. If that weren’t enough, she awakes newly mated to the last being in the Universe she ever would have chosen.
Now, with no other option, Eve must come to terms with her powers, her past, and her mate before he loses control of what might just be uncontrollable.

A god with a monster locked inside. . .
For over eleven thousand years, Zeniel, God of Tranquility, has done everything in his power to keep his other half, the God of Vengeance, from breaking free. A single glance from Mavrak is all it takes to kill those deemed guilty. The wraiths under his command can tear thousands to shreds in an instant, no matter how small their crimes. Zeniel knows he must remain at peace to keep Mavrak at bay, but he’s rendered helpless with one look into the eyes of his mate.
The longing for Evesse is enough to rip the demon out of its cage, and with the Gods on the verge of a cataclysmic war, Mavrak has every intention of gorging on both his mate, and the vengeance he so desperately needs.
Author Bio:

N. Isabelle Blanco was born in Queens, NY (USA). At the age of three, due to an odd fascination with studying her mother’s handwriting, she began reading and writing. By the time she’d reached kindergarten, she had an extensive vocabulary and her obsession with words began to bleed into every aspect of her life.
An avid reader in her teens, her fascination with Japanese anime eventually led her to the universe of fan fiction, which became her on-again, off-again hobby for the next ten years. During that time she amassed a following of fans that, by her own admission, she would never be able to live without. It was those fans who encouraged her to step beyond the fan fiction realm and try her talent in the publishing world.
N. Isabelle Blanco now has three novellas and two full-length novels under her belt, and spends her days working as an author, web programmer, marketer, and graphic designer. Her free time is spent with her “spawn,” as she calls her son, brainstorming for his future career as a comic book illustrator.
Connect with N. Isabelle Blanco on:

Blood Flows Deep In The Empire