Leave a comment below with your email address and state which way you are now following me. Facebook, Twitter and Blog's are all welcome! I will pick THREE winners in 7 days!

Ashley is married and lives in Houston with her husband Tony. They have two dogs, Toto and Doogie. They have been together for over 8 and a 1/2 years and he brings her more joy than she could ever imagine as a child. She loves to read and has been hooked on the romance genre ever since her lifelong best friend Laura gave her "Ashes to Ashes' by Tami Hoag to read when they were younger.
Ashley finds her strength through her family, especially her parents. They always support her in life; they push her to strive for greatness. There once was a motto that Ashley heard in her youth through her Taekwondo life 'Reach for the Stars' and that is what Ashley has always done. It was through her upbringing that the values Ashley has and displays come from. With her parents always cheering her on in life she was able to grow up having faith in herself and her ability to conquer the world. 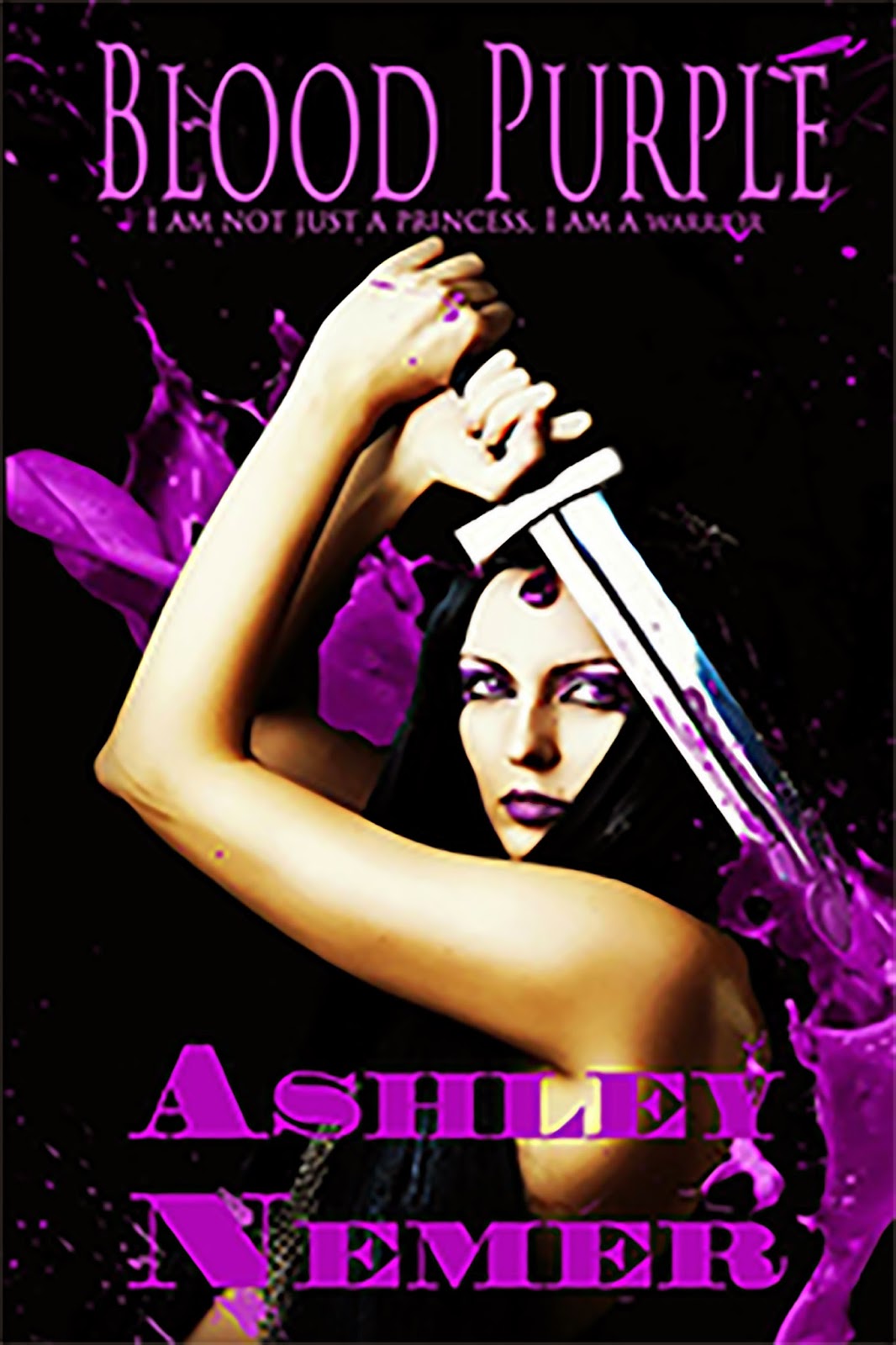 In a world we think we know, live other races entirely hidden from the mortal perspective.  Creatures of legend, of fable and myth, their very history and nature have allowed them to walk side by side with humans since time immemorial.  They are warriors, they are hunters, and they are Algula.  Vampire.  And in their own midst, a battle is brewing for supremacy, for dominance, that can and will affect all around them.  Old hatred never dies and vengeance is a fiery sword that cuts a bloody swath. 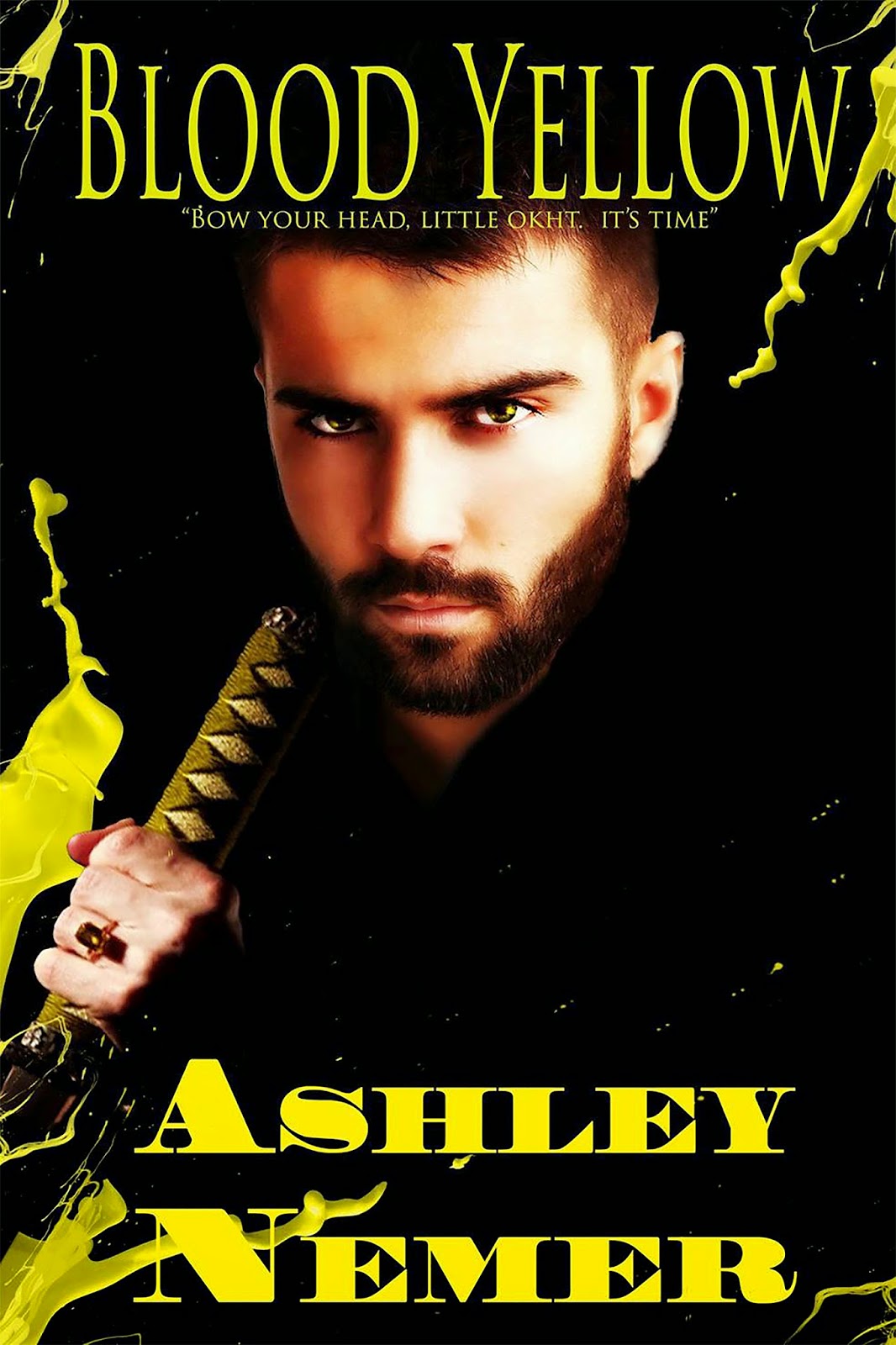 
The lines are drawn, and Zayn and Nikole must face each other in a battle of forgiveness and power; each attempting to right their wrongs, each battling their own inner demons.
Haydar and Leigh prepare for war, rounding their men and setting into motion courses that cannot be undone.
The tales will fall in line as the four of them come face to face with each other, and they will watch loved ones perish.
When the dust settles and dawn breaks, who's going to be left standing and who will be missing? Will Nikole forgive Zayn for his betrayal? Will Leigh and Haydar overcome their differences? Will Adara say yes?
Blood Yellow...Because the stories only just begun....

Chapter Twenty-Six Blood Purple
Dominic pulled up to the house, looking up at the tall wall surrounding the mansion. The red brick cast a shadow over the car, making it unseen from the side of the road, the perfect place to hide. He opened the door and the cool evening breeze hit him hard. The smell of the mountains captivated him. Getting out, he started to walk along the wall, analyzing his options of entry. His leg still throbbed, the warm blood running down it. His mind couldn’t stop thinking about his omm. Had that really been her? He knew he was worthless as an ebn’, and he killed her after all. If he hadn’t been born, she would still be alive, and his abb wouldn’t have such hatred for him.
He heard something off in the distance, pausing to listen closely while inclining his head towards the tree line. He saw two animals a few feet away, a doe and her fawn. Lucky fucking animal to have an omm who tended to him, he thought. No one understood what it was like, killing their own omm. The failure of knowing you were letting everyone down didn’t matter the age, you still fucking failed. He walked for half a mile looking for a weakness in the wall, a place to set up his attack. He saw a foot hold up ahead. It looked like an old ladder was attached to the wall. Dominic ran his hand over the indentations on the wall, gripping his hands in them. Looking back over his shoulder at the deer, he let out a sigh. “Fuck you, Omm. You left me to rot at the hand of my abb. Now it’s time to fucking end this war.”
He started to scale the wall, right hand, left foot, left hand, right foot, over and over. Reaching the top he peered over the rim. He saw the lights shining on the grounds, the dogs walking the grass patrolling for intruders. He pulled himself up, supporting his weight on the wall.
“Dominic, this isn’t you, stop this. This is your abb’s, fight not yours.” Dominic hissed his fangs out toward the voice.
“What do you want now? I thought I told you to leave me the fuck alone, like you have my whole fucking life.” He pulled his lower half up onto the wall, looking down at the dogs walking in the grass. “You never cared about me. Why are you trying to stop me?”
Her translucent form grazed his hand then went up to his cheek, cupping it. He could feel the coolness from her form; his body yearned for love, for compassion. How could he take love and tenderness from someone who was the first to betray him?
“Dominic, I love you, never doubt that. My love for you started the moment you were conceived. I had your akh and okht for your abb but you, you were for me, someone I could love and claim as mine. You were all I wanted.”
“LIAR! All you do is lie!”
He felt the tears in his eyes form and then blinked as they started to roll down his cheek. He was such a coward, worthless and weak. Look at him, crying on a wall to his omm. What kind of man does this shit? He looked back to the mother doe, she was cleaning her fawn. Lucky son of a bitch. “Why are you just now showing up? Why can’t you just answer me?”
Sarah started to shake her head at him, trying to make him see. “Dominic, I am here to help you save yourself. I don’t want the only child I loved to die not knowing a parent’s love. Let me help you; let me show you what you mean to me.”
Dominic shook his head no with a flurry of anger. “It’s too late for me.”


Chapter Fourteen – Blood Yellow
“I don’t think you fully understand what you are getting yourself into by messing around with Jonothon. He’s a man, and despite how much you disagree, you are a woman, and because of that the man will try and take advantage of you Leigh.”
“Abb, you don’t know what you are talking about. This isn’t the same time-frame you grew up in. A lot has changed and you don’t know what it is you are speaking of. So please stop.”
“You seem to be forgetting something little girl. While I granted you the power to open this facility here and run it, you, dear bent, are mine at the end of the night.”
She bit back her remark; she knew her place…for now. “Yes Sir’ Abb.” She lowered her head in obedience. He would pay for this embarrassment. There may be no one around, but he would pay. He didn’t have to do this to her. She was the only one who ever did anything of value for him.
“Are you sure your boy toy was able to track them?”
“Yes, Jonothon wouldn’t let me down.”
“Yet. He hasn’t let you down YET. Have Jonothon come see me at once upon his return. Do not let me catch you with him again Leigh. We are NOT like that. He is beneath us. Have I made myself clear?”
“Yes Abb.” Leigh silently counted to ten. If she struck now, she’d lose the element of surprise and she would need that to defeat her abb.
“You see my bent; I won’t allow anything or anyone to come in the way of me regaining my throne. If that means you not having your boyfriend then so be it. You would be wise to remember who you work for.”
She looked at her abb, she knew the kind of man he was, but she never experienced his anger. “I never doubt that abb. I know this is your most treasured task. I won’t let you down.”
“You better not.  Because I don’t need an heir to rule, you would be wise to remember how expendable you can be.” He waved his hand in a dismissive nature and signaled her to leave his sight.
Leigh was torn between killing him now or waiting until the throne was within grasp and taking it from him. She walked down the chamber halls until she found her office.  Her mind was running different solutions through itself on how to eliminate her abb when she opened the door to see Jonothon sitting at her desk.