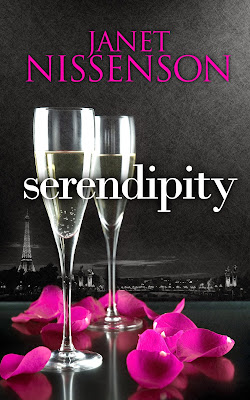 Source: I was given a copy of this book in exchange for an honest review

Blurb:
Julia McKinnon was convinced she’d found the one – the man of her dreams, the most seductive, experienced lover she’d ever known – and the night they’d spent together in New York was the stuff erotic fantasies were spun from. But with the dawn of a new day came only heartache and betrayal, and her dreams were snuffed out like so much fairy dust. Nathan Atwood felt like the lowest sort of life form after seducing the incredibly beautiful girl he met in New York, only to break her tender heart with the confession that he was already involved with someone else. Leaving Julia was the hardest thing he’d ever done, and the memory of their passionate night together haunted his dreams for months afterwards.Now fate has brought them together again, and they are forced to work alongside each other. Will Julia be able to put aside the feelings she still has for her handsome boss and forge a new life for herself in San Francisco? And how long will Nathan be able to resist the gorgeous woman he’s never really stopped thinking about or wanting?

“How did you find me?”
Julia’s head swung to meet his gaze in disbelief. “Excuse me?”
Nathan leaned back in his desk chair, regarding her across the wide expanse of mahogany, with an expression of barely checked anger. “Come on, Julia. You don’t really expect me to believe that you working here is some sort of wild coincidence, do you? The only logical explanation is that you somehow found out who I was and where I worked, and was lucky enough that there was a job opening. The only real coincidence is that you happen to be an interior designer and that I co-own an architectural design firm.”
She stared back at him, appalled by his arrogance. “Are you kidding? Even assuming that I was able to figure out who you were – Mr. No Last Name, No Occupation, No City of Residence – why would you think I’d want to see you again, much less work with you?”
He shrugged, but his composure looked a bit less cocksure than it had. “Revenge, obsession. Maybe a little of both.”
Julia smirked. “Really? You think I somehow managed to find out your name – by what means I have no idea – then stalked you several thousand miles across the country because I wanted to get back at you? Or worse, because I craved another fuck? Sorry, you weren’t that good.”
Nathan’s eyes narrowed and shot out sparks of light blue fire. “That’s not what you said that night.”
Enraged, she got to her feet, leaning over his desk. “As I recall, both of us said a lot of things that night. But one of us intentionally neglected to say the one thing that would have instantly put a stop to everything else – something along the lines of ‘by the way, I’m already spoken for’.”
He winced at the angry lash of her words. “I deserve that, I suppose. But that still doesn’t explain how you found me or why you followed me cross country.”
She let out a rather undignified hoot of laughter. “For real, Nathan? You’ve still got me pegged as some Fatal Attraction-like stalker? Well, think on this one. I’m normally not a vain person, but I’m not naïve, either. I know I’m hot. Men have been telling me that since I was twelve. If I wanted a man that badly all I’d really need to do would be to walk inside the nearest bar or club or even a grocery store, and let nature take its course. It would take little to no effort on my part to get whatever man I wanted. And he sure as hell wouldn’t be one who’s already taken.”


Review:
Janet Nissenson's debut novel is one that leaves a great impression in your mind for this authors style of writing. I liked the author's writing style and look forward to more stories from her.

I loved that you felt the characters emotions. The good and the bad were both there and I really enjoyed Nathan and Julia's character developments

What bothered me was the excessive descriptions. That's a personal turn off for me. I like short and concise descriptions and at times, sometimes a lot, I felt it kinda drug on. Especially with the designer cloths.

I give this read a 4 star, if it had been more concise and less obsessed with the designer names and what not it would have been a 5 star for me.

About the Author:
Janet is a lifelong resident of the San Francisco Bay Area, and currently resides on the northern California coast with her husband Steve and Golden Retriever Max. She worked for more than two decades in the financial services industry before turning her focus to producing running events. She is a former long-distance runner, current avid yoga practitioner, is addicted to Pinterest, likes to travel and read. She has been writing for more than three decades but Serendipity is her first official published work. She plans five more books in the Inevitable series, with each one a standalone with new lead characters, so no cliff-hangers or waiting months to see what happens next!

Giveaway:
Author Janet Nissenson is giving away a total of six prizes! One winner will receive a $15 Amazon gift card, and five readers will get an ebook copy of Serendipity. Ends 2/20/14 at 12 A.M. Eastern time.  Open internationally to readers 18+. Enter through Rafflecopter.
a Rafflecopter giveaway 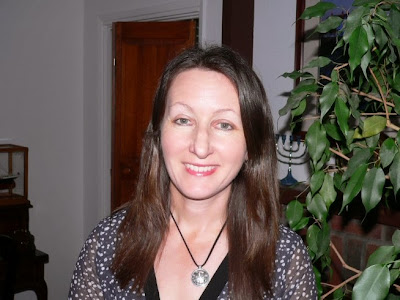