Guarding a secret and playing with fire has never been a good combination.
Four years ago, Holly Scallenger embarked on the most difficult journey of her life. As if being a single parent isn’t already stressful enough, Holly also attended med-school, in hopes of helping other pregnant women in a way she wasn’t helped. But things don’t look so good as she has to embark on a new journey – a journey that would take her back to Boston, back to the man who broke her heart and discarded her and her babies.
Sworn to never fall for him again, Holy is put to the test once more when a chance encounter reunites them. Secret Love is the second novel in the 4Ever series by Isabella White
Amazon
B&N
iBooks
Kobo
Goodreads
Goodreads Author Page
Facebook Author Page
Facebook Series Page
Twitter

Imperfect Love is only $0.99 until the end of the month!
At 24 years old, Holly Scallanger has the perfect life. Everything a girl could want; a beautiful man, a stunning home, as well as being in the midst of preparing for the wedding of her dreams. This all vanishes the night she catches her fiancé, Brandon Morgan, in bed with her worst nightmare, Donna Sinclair, just a week before Holly is set to walk down the aisle.
Attempting to recover from his betrayal, Holly swears off the affections of men in order to pick up the pieces of her crumbling life. Unfortunately, meeting Jake ‘Hooligan’ Peters is not part of her plan. The tall, dark-haired and handsome as hell med student, sweeps Holly away from the pain of her past and reveals to her the bright future that lies ahead. That is, until she falls pregnant just as Jake begins his internship at P&E; his family’s hospital.
Will this love at first sight lead her to the fairytale she has always craved? Or, will she fall victim to a betrayal of the heart yet again?
Kobo
Google Play
B&N
iBooks
Amazon

We are very excited to reveal today the cover of LOVE SICK by HJ Bellus & The Girls!
This gem is set to release July 24th and was co-written with 10 of HJ Bellus' Street Team Members! Upon its release, all proceeds will be donated to charity!

“The Waves of Love Can Make You Sick” 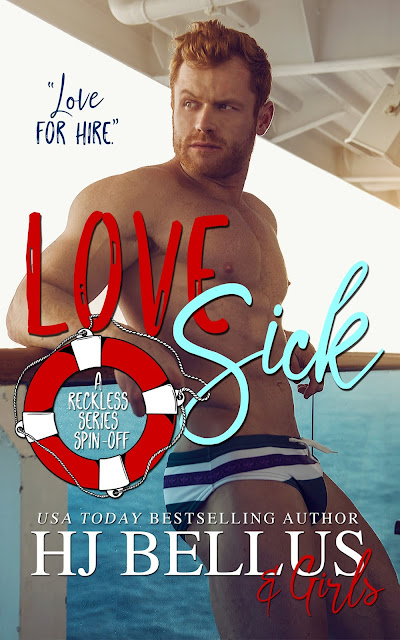 As long as it has a pond for him to dip his pole into, he’s game, and he doesn’t stick to just one pond for his fishing trips either.

The small, beach town he lives in doesn’t offer much for job opportunities or at least lucrative ones. He relies on his body, the pole, and stage. Oh, and the after hour clients.

Iris, his best after hour customer, takes him on a yearly cruise with her friends. He’s there for one purpose and one purpose only…their boy toy.

Memphis is no fool. A two week, all paid cruise to soak up the sun and sights is a no brainer. Only thing is he didn’t expect a little ray of sunshine on the ship this year. Raylan Moore has the power to rattle everything he once believed.

The doctor is in; he’s willing, able and ready to please. Dr. Love has the cure to your Love Sick  blues, only this time maybe he’s the one needing the healing. 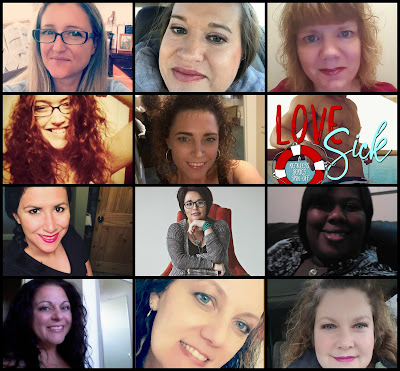 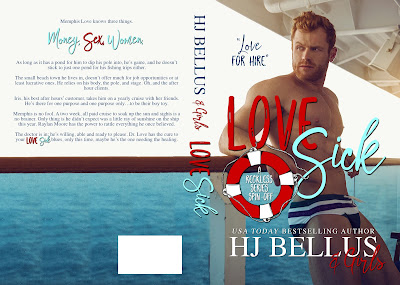 — ABOUT THE AUTHOR —
HJ Bellus is a small town girl who loves the art of storytelling. When not making readers laugh or cry, she's a part-time livestock wrangler that can be found in the middle of Idaho, shot gunning a beer while listening to some Miranda Lambert on her Beats and rocking out in her boots. 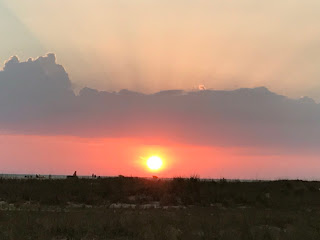 Unless you or someone you loved is faced with an autoimmune disease I think it is relatively safe to say not many people know about it or how much it can affect someone's life.

I've lived with at least one autoimmune issue for the last decade and it is safe to say that the health issues that come from it affect pretty much every facet of my world. The ways it changes and shifts what would be my normal existence may not seem significant to you the reader but to individuals like me who face these challenges day in and day out, it is a great challenge.

There are over a hundred documented autoimmune diseases and its claimed that once one is unlocked more can follow. They also never seem to know the 'triggers' and of course they are a life long condition that some have treatment for and others don't.

Personally I think some of the problem is that in today's world we as a society don't talk openly about our issues enough. People end up ashamed or judged. I know in a lot of situations that is how I've felt before.

I've had quite a start to my 34th year of life. One that I had originally hoped would begin a turning point in my physical life. That is still up in the air but I am certainly hopeful for year 35 in 11 months.

The people who have known me for some time are aware that I've had a few diagnosis that I have been dealing with since I was 24. The list seemed to make each of them worse because one would cause an effect that would increase or decrease the symptoms of the other.

In 2007 I was diagnosed with the following:

In 2009 I was diagnosed with the following:

In 2013 I was officially diagnosed with:

Three of these four were suspected to be the main cause of all my pregnancy related trauma and they made each other worse in terms of hormones. If you're keeping count we are at six confirmed autoimmune / hormone related issues that I was learning how to deal with and conquer.

Now in 2017 due to the random happenstance of my left ankle that I broke in college and my right wrist that I injured in marital arts both suddenly acting up on me we had a series of blood work done.

Now I am waiting for confirmation for the following autoimmune diseases to become added to the list of issues my body is facing:

The waiting game now begins for this next part of the tour through hell that my body must take. And when it is all said in done, it is the Antiphosphlipid Syndrome that we are pretty convinced was the cause of all the babies I've lost over the years. Not the PCOS, Insulin Resistance or Endometriosis, but the blood clot factor that a simple aspirin a day could have helped prevent.

Kind of a lot of information to take in after having a major abdominal surgery that has pretty much left me confined to my home. The hysterectomy to relieve me of the endometriosis and PCOS issues opened a whole new can of worms just by happenstance.

This blog I know doesn't make a lot of sense, it is a bit random in posting. But I have been reflecting on my emotions and I need to start getting them out. My blog used to be a source of therapy for me and I feel an urge to write again. But not fiction, my emotions.

I do hope one day I can find a way to be at peace with all of these issues that get slapped in my face. I'll be honest the last 28 days have been some of the hardest emotionally for me that I can remember since my last baby died in 2009 and I am really struggling with coping.

There is a lot of things people do in their lives to stay healthy but I honest feel like no matter how hard I work something always comes back up that throws me back down a peg. I am really praying for a miracle. That in two months when the next round of tests come back they show that I don't have Lupus. That's just one more issue that I am mentally not ready to accept.

They say God doesn't give you more than your an handle but I am really having a hard time handling this.

But it is also said that during your lowest moments it is those who stand by you that show you who your real support system and friends are so I am thankful to those individuals who are helping me through this. And Lord knows that I never would have been able to face these uncertain doctors appointments without my step - mom. Between her and my hubby I know I'm not alone but it is really hard to remember that when you're sitting in your bed feeling the pain in my abdomen from the surgery where my intestine had been scraped clean of scar tissue. Or when you're riding in a car home from dinner with your grandfather and a bump on the highway makes you want to cry from the pain. 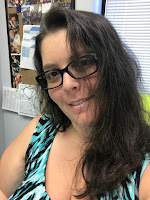 One day I will wake up and the nightmares will be over ... and I pray that day is tomorrow.