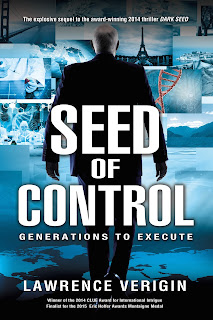 Nick Barnes is back, setting off a chain of events that uncovers a conspiracy beyond moral comprehension against Earth’s entire population; save a chosen few. The scheme has taken generations to develop and it’s on the cusp of being fully implemented.

Agrochemical and pharmaceutical industrialist Dr. Hendrick Schmidt and media baron Davis Lovemark lead the scheme with the unerring belief that they are the stewards of humanity and that they alone have the right to decide the fate of the masses.

Nick’s chase spans continents as he works desperately to foil Schmidt and Lovemark. But he quickly discovers that it might already be too late.

Immerse yourself in the action and intrigue of this high concept thriller that may not be as far from reality as you might think. 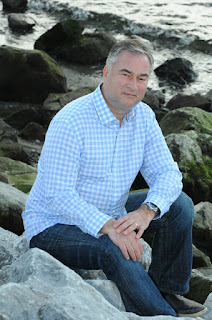 About the Author
Lawrence Verigin is the author of the award winning novel DARK SEED and the just released sequel, SEED of CONTROL. He is currently writing the third book in the “SEED” series.
His goal is to entertain readers while delving into socially relevant subjects. Lawrence and his wife, Diana, live in Vancouver, Canada.

This was a great book, and scary! It really makes you think what's wrong with the food we eat.

I really enjoyed how much this book made you think of real life and that this could actually happen.

You should read then for sure but be ware you may be scared to eat processed food afterwards .... 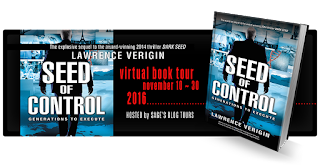