We’re scheduling a tour for fantasy “Spell Breaker”. The tour runs from June 1 to July 1. We’re setting up book excerpt posts, author interviews, character interviews, promo posts, guest posts and giveaways for during the tour.
Giveaways would be for copies of the book in print and eBook format.
Please let us know if you’d like to host this tour, what type of tour stop you’d like to host and what dates you have available.

Title: Spell Breaker
Author: Joni Parker
Genre: Fantasy
After Lady Alexin (Alex) breaks the spell around Seaward Isle, the inhabitants can leave the island for the first time in a thousand years.  At long last, the Elves and Dwarves can return home to Eledon, while the mortals are given the opportunity to stay or leave through a portal to the mortal world.  Alex chooses to stay with her Elf family only to be involved in a mission to rid the Elf World of its most notorious criminal, Sawgrass.  Alex must eliminate him before he implements his plan to kill her Water Elf family and take over Eledon.

Born in Chicago, Illinois, Joni left with her family when she was eight and lived for four years in Japan.  Upon return to the States, she and her family moved to Phoenix, Arizona.   She graduated from Camelback High School and attended Arizona State University until she dropped out and joined the Navy.  After three years as a Photographer’s Mate, she got out of the Navy, married a career sailor, and returned to college completing a bachelor’s and master’s degree at the University of West Florida in Pensacola, Florida.  She returned to the Navy as a commissioned officer and retired with over twenty-two years of service.  While active duty, she was selected to attend the U.S. Army Command and General Staff College and attained a Master of Military Arts and Sciences degree.  After her retirement, she traveled the country with her husband in a motorhome until he passed away.  Joni returned to the workforce for another seven years and retired again to devote time to her writing.  She currently resides in Tucson, Arizona.

Title: The Horse List Unveiled
Author: Anna Lores
Genre: Erotic Romance
Back in her hometown, veterinarian Ava Black is torn between a loving promise to cowboy Brady Ross and her intense desire to be with artist and businessman Eric North.
Protective and private, Brady can give her a normal life with children, family, friends and the career she loves, all without the confines of marriage.
Domineering Eric wishes for privacy in his own life, but fame and wealth make him an obvious target of attention. A normal life wouldn’t be an option if she were with the billionaire. But finishing the Horse List would be – along with the sexually adventurous lifestyle she craves.
Will Ava find the strength to stand up and choose the path of true love, finally revealing the secrets she’s planned to take to her grave?

Anna started writing romance as a by-product of insomnia. After a year of late night reading, she borrowed her son’s laptop after he went to bed each night, and set about breathing life to her very own characters. After a month of writing in the middle of the night, she was surprised with a new laptop of her own to pursue her dreams. With a B.A. in English Literature and a desire to fill her world with wonderful stories she and her close friends could not just talk about, but gush over, she shed her job as mom of three in the late night hours and assumed her alter ego of dirty girl.

It's the Final Book in the MAVERICK TOUCH Series.

Kain Maverick has always been the good one. He never caused a moment of trouble for Laura and William growing up, and his sisters always feared the wrath of Kain if they crossed his path. But now the tables have turned and Kain seems to be knee deep in trouble. But this isn’t any kind of trouble, its women trouble.

Mr. A has finally convinced Nadia to settle down and hang her newspaper hat up. She’s turned over her black and white print copy reports and begun a new path, daytime television. Everyone is happy, she’s out of danger and she has just given birth. Can she really keep herself out of harm’s way?
Anabella and Carter have discovered a new dilemma in their short lived marriage and now have to face some hard facts. The Brotherhood is always knocking on the door and Ana doesn’t know if she can handle this new bump in their relationship.

Now all three siblings turn to one another in hope that this final chapter will give each of them their salvation. 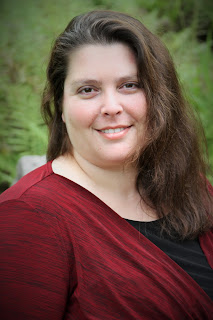 Ashley is married and lives in Houston with her husband and their two children. They have been together for over a decade and he brings her more joy than she could ever imagine as a child. She loves to read and has been hooked on the romance genre ever since her life long best friend Laura gave her "Ashes to Ashes' by Tami Hoag to read when they were younger.Ashley finds her strength through her family, especially her parents. They always support her in life, they push her to strive for greatness. There once was a motto that Ashley heard in her youth through her Taekwondo life 'Reach for the Stars' and that is what Ashley has always done. It was through her upbringing that the values Ashley has and display's came from. With her Parents always cheering her on in life she was able to grow up having faith in herself and her ability to conquer the world.​

Where to find Ashley Online 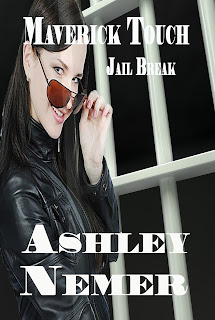 “Love is in the air here in Cedar Rapids. We have weddings and babies showing up every few weeks, and our great city couldn’t be happier. Join us next week when I venture out to the store and start my nursery décor. Until tomorrow, Cedar Rapids, this is Nadia Maverick-Ali, signing out”
“And cut!” the station manager yelled. “That’s a wrap.”
Nadia pushed her chair away from the desk and stood up. Her left hand instantly went to her lower back as she waddled her way down from the stage and to her dressing room. As she passed by Junior, she gave him a high five.
“Good show today, J.R. I’m excited for next week.”
The station manager smiled at her and shook his head. “Nadia, I keep telling you, you’re not going to make next week. You’re going to pop any day now. Please just take the leave of absence. I’ll have one of the interns sub for you until we can find a proper replacement.”
“No way, I’m not giving in that easily. This baby is making it the full forty weeks. That means there is no way he or she is being born in two thousand fifteen.”
“The pool has you bursting on Christmas Eve. You know that?”
That made Nadia laugh. “How much is it up to?”
“One fifty on the twenty-fourth.”
“And when is your spot?”
Junior smiled at her with a sinister look. “The twenty-third.”
“Put me down for December thirty-first. We’ll call him or her ‘Tax Credit.’” Nadia let out a jolly laugh and continued to her dressing room.
Nadia loved her job. She had thought it would be hard to give up being a reporter, but she’d found being a personality on television was exactly her speed. It was much safer for starters. She didn’t take on such dangerous jobs, but perhaps that was simply a happy side effect of being pregnant. She’d thought Carlisle was overprotective when they had first become friends. He had gone to great lengths to keep her safe, and had even installed state-of-the-art cameras to make sure no one was in house unwanted.
But then she’d gotten pregnant.
She’d had no idea what overprotective really was until the day she’d came home to find a Hummer in their driveway. It was a light blue, and in some lights it even looked a bit white. The inside was decked out with leather interior, heated seats, and an amazing stereo system. At first she’d thought that one of Carlisle’s friends had shown up for an unexpected visit, but that hadn’t been the case at all. He had bought her a new car, no, not just a car, a tank.
And that’s when she’d known it was going to be a long pregnancy.