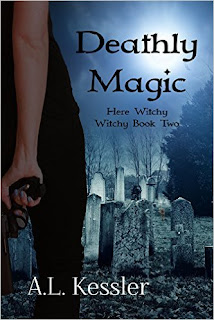 Synopsis Zombies... When Abigail Collins heard Nick’s theory on their current case, she knew he had to be crazy, but when a zombie shows up in her apartment she has no choice but to believe him. A renegade necromancer bent on manipulating witches and murdering innocent people runs amok in town and Abby and Nick have to stop them before more bodies pile up. Further complicating matters two PIB agents step onto the scene, claiming a link between their case and Abby’s. To top it all off, blood starved vampires are causing chaos in the city. It’s just another day for PIB Agent Abigail Collins, full of blood, monsters, and explosions.

A.L. Kessler is the author of Dark War Chronicles. She dabbles in paranormal romance, steampunk and urban fantasy. Since she was a teenager she's loved weaving stories and spinning tales. When she's not at the beck-and-call of the Lord and Lady of the House, two black cats by the names of Jynx and Sophie, training a playful puppy named Zelda, playing with her daughter, or killing creepers and mining all the things with her husband, she's either reading, participating in NaNoWriMo, or writing in her Blog Writing Rambles. For those who like things on the more spicy side, she leads a double life as Alexandra Webb.
No comments: 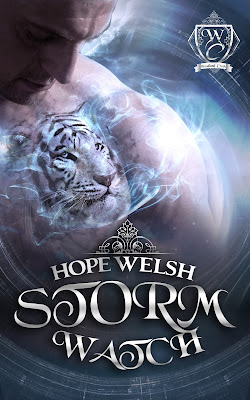 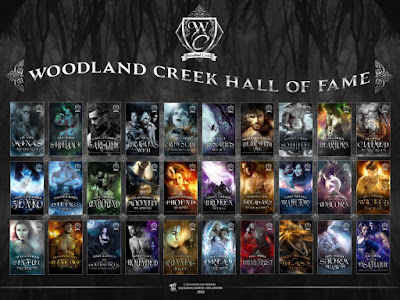 This is a stand-alone paranormal romantic suspense. 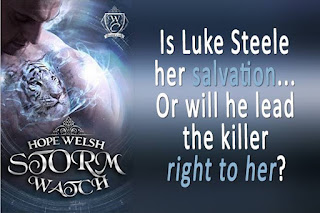 Running for her life during a blizzard, Storm Reynolds only knew that she had to get as far away from New York as she could. She discovers her guardian angel is more than she's bargained for. Is he her salvation or will Luke Steele lead the killer right to her?

Luke is an ex-SEAL and a shifter...and thought he was prepared for anything...other than a woman who claims her life is in danger from the man who hired him to locate her. 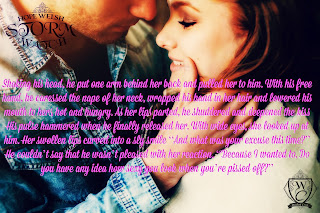 Excerpt-
“Your boyfriend is worried about you, Storm,” Luke said quietly. “He hired me to look for you.”Storm looked around the Jeep frantically. Did she have any chance if she jumped out? Had he been hired only to find her, or was he her executioner as well? She’d been a fool. It was clear that she’d have been much better off taking her chances with the storm and abandoned the car. 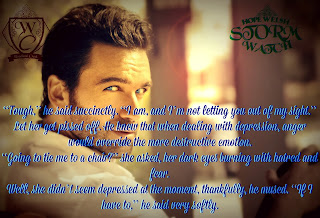 She's been writing since she was in third grade and has never looked back. She's also published some of her more steamy stories with various e-publishers using a pen name. You can find her steamier works, coming soon as HS Welsh. (She is using the new name so she doesn't offend her readers that like her less-steamy romance)

Currently, she lives in the southern US. Hope enjoys creating characters that come alive on the pages! Her goal is always to provide an entertaining read that her readers will love.Hope is available on Twitter @HopeWelsh and her blog is at hopewelsh.blogspot.com -- be sure to check her blog often, as she loves to run contests for her readers. You can email her anytime at hopewelshwrites@gmail.com