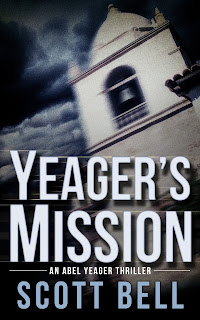 After a number of earthquakes hammer the Sierra Madre region of Mexico, Grupo Verdugo, a splinter group of cartel enforcers, takes control of the drug shipping routes through that territory. Caught in the middle, a small orphanage high in the mountains, desperate for supplies to care for the children and the battered earthquake victims, reaches out to Abel Yeager for help.

Yeager and his friend Victor agree to deliver the needed food and medicine. But Grupo Verdugo seems to have a special interest in starving out the clergy and forcing them to bend to their will. They send a man known as the Executioner to stop anyone daring to assist the people.

Yeager and Victor are in for the biggest fight of their lives as they are forced to move forty children, a dozen sick and injured patients, and one feisty doctor out of the mission and through mountains infested with vicious killers. 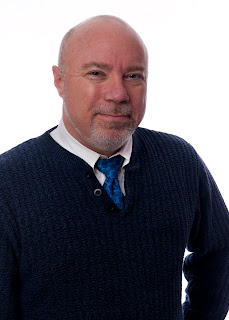 Scott Bell has over 25 years of experience protecting the assets of retail companies.  He holds a degree in Criminal Justice from North Texas State University.

With the kids grown and time on his hands, Scott turned back to his first love—writing. His short stories have been published in The Western Online, Cast of Wonders, and in the anthology, Desolation.

When he’s not writing, Scott is on the eternal quest to answer the question:  What would John Wayne do? 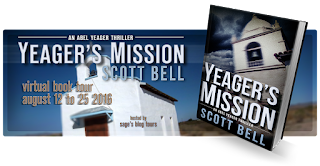 I enjoy Scott Bell's writing. He is always able to take me away from the moment and allow me to travel to a different world.

This time around, I read Scott's work while on the plane traveling to New York. It was my first time traveling there and I was extremely excited. So I needed something to occupy my time.

I picked up Scott's book and bamm, before I knew it, I was landing in New York and finishing the last chapter. I flew through the book.

It was easy enough to keep my mind busy and quite a page turner. I literally didn't put it down once.

As always I recommend Scott Bell's books - The first one was good the second was better!

I was given this book in exchange for an honest opinion.