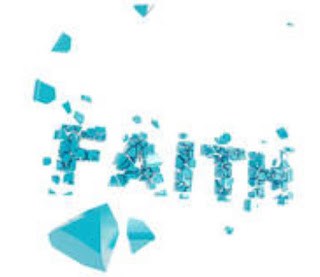 For about a week now I have been in a mental battle between what I see in reality vs the faith that I had grown up on.

I tell my children all the time it isn’t the words you say it’s the actions ... and when I apply that to the world at large I am not sure what to do with my observation.

I was born and raised Catholic, when we adopted our children I passed that faith onto them. In a lot of ways teaching them about God and Catholicism truly helped the adoption process move along and I honestly can say it was part of the reason the adoption was successful. Faith is something each person has to build for themselves and it takes years to form.

And just seconds to crumble.

Like most humans I’ve had my own personal faith tested numerous times. Each time something new and challenging came up to block how I feel about God and organized religion. This time though it feels different. It feels, devastating. Specifically with the organization as a whole.

This isn’t the first time that I’ve had issues with the physical place of worship I attend. Back in 2007 when I had to make the decision, my life vs continuing the pregnancy, a lot of guilt plagued me, and still does to this day. Because I am here now, you know what choice I made. I went to confession to cleanse my broken soul and the priest that I spoke to, he made it worse. He didn’t act as God’s representative he acted as a foolish man and he hurt my faith and belief in God himself. From 2007 through 2014 I couldn’t attend church without shedding tears continuously throughout Mass. In 2013 my mentor told me to call Prince of Peace and ask to receive counseling from one of her priests. Father Sebastian, he truly healed my broken soul in regards to the 2007 incident.

As a result when we were given our blessings in 2015 with the children, I immediately began the indoctrination of Catholicism and teaching them all the ways us as Catholics can and should live.

Because my son is special needs he wasn’t able to attend the RCIA classes like the typical person would. Instead we did it all at home. It was special, it was reverent, it was sacred. But through this process he still managed to become close spiritually with the main priest of POP.

A priest that is now on the active investigation list. A priest that targeted young boys, a priest I left alone with my son.

I don’t know how to get over that, that last sentence. I can’t stop thinking that these children were a gift from God, a gift I prayed and begged for. And in turn I led my child to a situation that could have turned bad. Worse given the fact my children were traumatized already once in their lives.

I always thought that as a mother I would instinctively know what was best for my children and have the ability to protect them from true danger. This whole situation with the Galveston-Houston dioceses just shows me I really can’t. And that scares me.

Once again the physical place of worship I made apart of my life and my children’s life has let me down. I know that everyone who makes up the church is human and to fall from grace is something humans can and will do. But how do I recover from that? How do I look my kids in the eyes and say “You are safe here, you can worship and be safe” when now I don’t even know if that is true?

My son took the news of his priest very hard. My daughter is angry, my son is heartbroken.

And if this wasn’t bad enough, a priest from my own past who is now the Cardinal in the area, he covered it up in 2018 when he was made aware of the situation. Didn’t investigate just said it wasn’t true. How do I look past that? Look past someone I thought was more than just the leader of an individual church but the leader of millions.

People I know have been saying for the past two years that the Church is going to be exposed for his sexual issues with children. Now I knew it happened I have read the reports in other parish’s but, I didn’t really get it. I didn’t believe that it would be possible for my faith to come crashing down.

Now I wonder what the Pope actually does know. I wonder if everything my mom has been telling me since President Trump’s election to office if it is true.

I wonder what I have to put my belief’s in.

What I know is true, I Believe in a higher power. I believe Jesus walked this earth. I believe in the miracles he performed. I do Believe in him.

But maybe that’s where it stops for now ... because how can I believe in an institution that continues to push child abuse under the rug? It’s different now. I see what abuse does to a child. It isn’t just a phantom thought or concept in my head anymore. I see my children and their suffering at the hands of others.

So what do I do now with these feelings? I’m back to that lost 20 something in 2007 where my core foundation is shattered. Except this time I don’t think turning to God and counseling is my answer.

I don’t know what is. And this time I have the added burden of being a mom. My children’s spiritual leader. Do I fake it for them or do I give the honesty. Tell them ‘Mom doesn’t know what to believe anymore.”

My mentor told me this is the devil’s work and it is his attack on our religion. He’s probably right. But I don’t know how to fight this battle. Because at the end of the day I led my son and daughter into a situation that could have re-injured their world forever. And there is no forgiving or forgetting that. I misread someone, I didn’t follow my very first gut emotion, I blindly followed.

How can I do that ever again?
No comments: