I look back on those days with fondness. For me, there was nothing better than playing outdoors. We had video game consoles (Atari and Colecovision) and on occasion we’d sit around and play Pitfall or Defender. But the most fun we had was when we ran wild outside in the front or backyard of our homes. A childhood friend I grew up with had an awesome backyard. It wasn’t typical, with a lawn of grass. Instead, it had a winding sidewalk, which was great for imagining avoiding hot lava.
GUEST BLOG
Why I Write Fantasy?

When I was growing up, I had a few select friends in my neighborhood. Nearly every day we’d run between houses or down the street, pretending to be the hero or villain.

Spring and Summer days were my favorite as a child. The longer days of daylight allowed for more outdoor play. Growing up in a neighborhood with nothing but boys was never a problem for me. I was every bit of a tomboy and enjoyed games like cops and robbers. It was thrilling to sneak around houses, hiding behind vegetation, all the while spying for the enemy. Invisible gun in hand, I was prepared for anything. 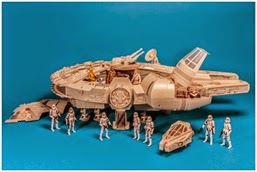 Even time spent with action figures was a blast. My parents had purchased My Little Pony and Barbie for me, so I often stayed at my friend’s house playing Star Wars or Transformers. He had the Millenium Falcon. If you’ve never had the opportunity to play with that ship, let me tell you it.  was. awesome.

Usually our playtime came easy for us. We both had active imaginations and while I chose Darth Vader, Cobra Commander or Star Screamer, he’d pick Luke, Han Solo or G.I. Joe. 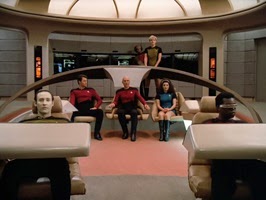 Eventually, I grew apart from my childhood friends as we attended different schools. Outdoor play lessened. But something did take its place: Star Trek: The Next Generation. One of the many things my father gifted to me was the appreciation for Science Fiction. I had seen nearly every episode of The Original Series, so when The Next Generation (TNG) premiered, it was a father-daughter event. Every week, after dinner, we’d watch an episode of TNG without fail. My love for fiction expanded, my love for books grew and my imagination flourished.

It stands to reason that with all of that fantastic play and exposure to Star Trek that my imagination would be a well worked muscle ready for the day when I would begin writing. It started with simple stories. I wasn’t very good at it either, at least in my opinion. I remember writing about a satellite that ended up crossing a black hole into a world of artificial intelligence and ended up gaining its own intelligence in the process. Yeah, I didn’t receive a great grade on that one. However, my article on the Exxon Valdez spill received honorable mention in a writer’s journal. That article was one I enjoyed writing because I chose to combine it with some experimenting of my own. I had purchased several faux fur samples to go along with each plant. Taking some oil from the local refinery (thanks to the patience and support of my mother), I “painted” each fur pallet with the oil. Afterwhich, I washed the oil from each piece with different solvents (Simple Green, Dawn, landry detergent, other dish soap, etc). Each runoff of oil, solvent and water was stored in a baby food jar. And every day, I took that runoff mixture and watered the plants (one plant assigned to a cleaning product). Within a week, it was evident which solvent would work best at removing the oil from the local wildlife while at the same time preserving the vegetation in their environment. If you’re curious, it was Dawn. 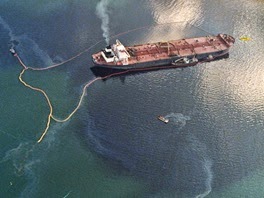 While in college, I played around with writing, mainly putting together short fan fiction pieces to entertain a friend. It wasn’t until much later, when I had written a detailed description of a dream I had had, that she noted I should write more. She challenged me to change a villain into a hero and that’s where Second on the Right comes in. I could have written the world of Pan, Hook and Neverland into a more contemporary setting, but honestly, I love the pirates and tall ships. How could I write anything other than fantasy when it comes to Captain Hook? For me, everything led up to this novel and it just seemed to fit naturally.

Spawned from an ancient promise, treachery and intrigue follow the protagonists through our world and one lost to the waves. Bound by an invisible bond, they are thrust into a fantastical world of pirates and demons.
James Benedict is a just man haunted by evil. Pushed to the edge, everything stripped from him, a new man arises . . . a man whose name strikes fear into the hearts of all who hear it: “Captain Hook”.
Eileen Davis was a timid woman. Through a fateful cruise she finds herself in the company of the Captain of the Mistral Thief. With his guidance, and the meddling of the local barista, she eventually finds her inner strength.
Will the two of them unite through time to fulfill the promise of their ancestors or will tempers ignite leading all to failure?

The night grew its darkest, just before dawn, when every man aboard the Mistral Thief heard a strange triumphant crow. Benedict shot up with a start.  Recognizing the familiar sound, he grabbed hold of his sword and burst out onto the deck. He could make out the figure of the boy, Peter.
He heard the sound of his crew, spooked by the noise of what shouldn’t be on board a ship. They scurried to light the deck lamps. As the light grew stronger, Benedict could see more clearly a petite figure on the mast, hands on hips, weapon at the side. Glancing back to the deck, he saw James coming from below. Benedict decided to hold off on approaching the figure, knowing of James’ desire for revenge. He kept a watchful eye, fully aware of James’ tendency to act on impulse.
“Peter,” James said in a low growl. “Show yourself!” he shouted.
“That crow. I’ve heard that before,” Benedict commented.
Peter alighted onto the railing with such ease and grace it irritated James. He gave a slight bow, as if observing the niceties. Pulling one of two bags from his belt, he held it up in his hand. James held the sheath of his sword with his hook, struggling only momentarily to hurriedly unsheathe it.
Peter laughed and shook his bag, “Need a hand?” He laughed even more, causing chills to run through James.
James advanced towards him, but stopped short. Peter had reached into the bag he had been holding and had removed a rotting hand, with fingers missing. It was all too familiar to James: his right hand. James and Benedict cringed, disgusted at the sight.
Peter tossed it at James, who jumped back in disgusted. The splat of soft, wet flesh hit the wood, matching the feeling in the pit of their stomachs. Laughing, Peter spun up in flight, and landed back down on the deck, retrieving the hand. Pieces had been left behind from its initial fall.
“No? Much happier with a hook, are we? You’re welcome,” he sneered. “There’s one who would appreciate a hand, yours, in fact.” He floated to the railing to glance at the waters below. “Come, take a look. I promise I won’t bite,” he grinned, taking several steps away to allow James to draw near.
James and Benedict cautiously took a glimpse. What they saw was the shadowy shape of an enormous crocodile.
James said to him, “Impossible.  They can’t grow that large, can they?”
Benedict had no response. He had never seen one that large. In the water, the crocodile, nearly twenty meters long, ticked and hissed. The sounds were eerily similar to a clock.
Benedict and James peered down again at the beast. The crocodile thrashed and clawed its way partially up the side of the Mistral Thief. Sweat dampened James’ brow. Benedict looked at Peter, who was now dangling the remaining portion of what he assumed was James’ right hand over the side of the ship. The crocodile leapt from the water, greatly desiring either the hand of James or James himself.
Both James and Benedict cringed, though it was James that moved away from the railing. The scratching of the crocodile’s claws on the side of the ship seemed to make him tremble. Peter laughed maniacally, and tossed James’ hand to the crocodile.
“You’ve been using it for bait?” James looked at Peter, horror and disgust evident on his face. “This is all a game to you.”
Pan. He hasn’t aged. Should I tell James? Benedict thought. His eyes shifted in James’ direction. He needs to know.

Elizabeth uses writing as therapy, her release from everyday stress. At night, after work and once the children are finally tucked in bed, for the fifth time, she sits at her laptop and lets her imagination flow.
Elizabeth has produced short stories, one of which will be published in an anthology. She’s had fun writing a Sherlock Holmes fan fiction story, A Case of Need, based on the BBC’s Sherlock. By July 2011, her first novel, Second on the Right, had been completed. She spent several years polishing the story in order to provide a high quality product to the public. Second on the Right is her first professional novel.

Author Elizabeth Los is hosting a huge giveaway! Enter to win a print copy of Second on the Right at Goodreads. Then enter to win one of the following through Rafflecopter! The Rafflecopter giveaway is restricted to residents of the USA and UK and will run 5/9/14 – 5/23/14.

Enter the giveaway at Goodreads.
Enter the rafflecopter.