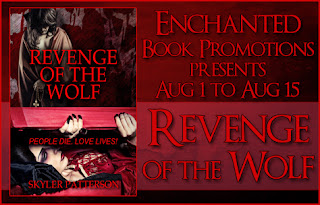 REVENGE OF THE WOLF is a story of paranormal romance/action/horror. This story is set in the early settled New York. A wealthy shape-shifting young man named Justice Sorrowfell falls in love with a beautiful young woman named Angelica Innocenta. When the woman is murdered, Justice goes on a spree of vengeance against all outlaws, in the form of a wolf, and a werewolf. Justice is urged on to continue his revenge by his un-dead fiancé Angelica. This is the first book of a series. This is a tale that gives the message that death is not always the end. This tale shows that true love cannot ever die.—SKYLER PATTERSON

Author Bio
How did i become a writer? My story could be a book of itself. I will not lie. I am the “accidental writer”. I have been working in health care for many years. It was when i decided to read books on my way to work that i stumbled upon the possibility of writing. How did it happen? I take the train to get to my job in N.Y.. I had become bored with reading the daily newspapers .It was then that i decided to read a book instead. Mind you, i had not read a book in years! I proceeded to read books by J.R. Tolkien, Anne Rice, Bram Stoker, and George M. Martin. I found those books sooo cool! I love fantasy fiction. It was when i became addicted to a certain series; that it happened. I read every book from that series and when i asked the book store clerk when there would  be more the man gave me terrible news. “Ha, that guy puts out a book every five years. “WHAT”? I could not believe that. It was then that i began to wonder what if i (yes me) could write a book myself. This was a joke to me until i came up in minutes with a plot for a fantasy fiction tale. HOW did i do that!? The plot was way TOO COOL to just do nothing with.  And i will not lie. I made every type of mistake one could make in learning how to write. I have had no formal training and i successfully dropped out of college, years ago! That first idea became THE BOOK OF SWORDS, a medieval styled swords and sorcery epic. That book gave me many headaches, before i learned how to write it!(great e book that it is) So i took a break and wrote: THE LAST KRAKEN, a tale of a giant, leviathan squid running amok, in the 1800’s. It was when i was writing that book that i began to realize that i had somehow in only  a little more than a year became an author. I finished that first book. I then proceeded to test a chapter of it on my school teacher sister. My sister invited me over to hear my tale. My sister gave me many words of encouragement: “Let’s all have a good laugh”! were her words! I read her a chapter. After i read that chapter my sister began to stutter and jaws were dropping everywhere! “HOW IN THE HELL”?! were her words! And then i began to write another book called REVENGE OF THE WOLF. One day i passed my laptop to a girl i was dating and asked her to read an emotional turning point of this romance/action/horror story. As she was reading it; i was in awe as the woman slowly began to cry! I then spent the rest of that year writing many books. And here i am! I am in this for the long haul. I am now an author/poet/songwriter. My journey just goes to show that one can never truly know what they are capable of; until they give it that one good try! I can truly say I LOVE WRITING.---SKYLER PATTERSON 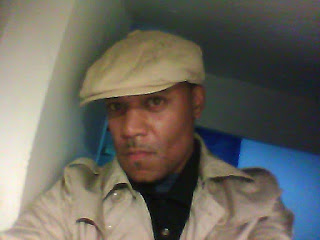 Many a soul may ponder how it was, that a man of my wealth and sense of adventure came to be in such a predicament. It is said that a man cannot ever truly know anyone less he has walked in his shoes. For surely the words hold irony. For not a man could think to judge me less he could walk on all four of my legs, and howl by the fullest of moons. I can recall it like it was yesterday. And yet in truth it was many years prior. I was just a young green lad. On a hunt I was. Twas me and my brave father. On the hunt for game we had no luck. until we were both set upon by a pack of bedeviling wolves. One of the grievous death hounds, jumped into my path. The creature crouched growling preparing to pounce. The beast’s eyes were like red hot fires, his teeth like icy white death! The creature leapt at me. I raised my rifle. However my courage possessed no conviction and there I stood paralyzed in my fear! The beast lunged at me but I felt no fangs, and felt no blood spilling from my veins. The creature did manage to bite my woolen coat. The only sound I heard was the crack from my dear father’s rifle. And then the resounding thud as the beast fell lifeless on the cold dark ground. It was then my father told me words that I would never forget: “The wolves are the most devilish creatures on the earth! The wolf is the beast that hunts not on his own but amongst a pack. He is the creature that kills not in the light but from the dark shadows, and the light of the moon”. For strange as it was there was beauty in this horror and a horror to this beauty. For in time the moon turned, the horses gave way to the great steel snake called the train. I became a great man. I hunted game round the world. I fell in love. I became a soldier, and  I became what others dreaded most… I became a wolf. And then my life began… I was a young man and grew up in a mansion on the Hudson. Who am i? My name is Justice Sorrowfell. But let us go back to when I first became the beast. It was weeks after that dreaded hunt. I was in my bed chamber at the manse, and noticed the puncture marks on my arm. I did not vex myself as I had felt no ill effects. It was many years later when I was entering manhood when I noticed a change. I went to sleep in my bed and awoke on the floor, curled up in front of my mirror. When I gazed into the mirror I saw not a young man but a wolf. I found  that i could change into the beast at will. I also began to smell other beings and none of them were human. I could smell the horses in front of the estate. I could smell the mice within the cellar. I also could hear things from impossible distances. I also found that I could control other creatures. I could shape shift into bodies of Rats and birds; and I could have them to do my bidding. I told no one of my dark gift. It was my lone secret in all the world. I also developed an insatiable appetite for meat and none of it cooked. I began to have the house chef prepare for me meals of raw salmon fish, and other raw dishes. My dear father began to think me growing dim. For me it made no matter. It was soon after that I met an exquisite woman. In love I fell madly. This woman was the most beautiful creation that god did see fit to bestow to walk amongst this earth. Raven of hair she was. The woman had a round perfect face with cheekbones high. The woman was shapely as an hourglass. And indeed I did spend hours admiring her face and body. The woman had light grey piercing eyes. For this woman gazing upon me truly could never fail to pierce my heart, like a proper dagger. Angelica was her name. And in all truth god certainly removed an angel from his heaven that she could walk this earth with a soul such as myself. I courted her about the city. We dined in the finest eateries, and her arm stayed entwined in mine through the very best operas. It was in the hazy days of summer when I fell down into that blissful well called..love. Let us begin our story there. Let us begin when I was more happier than now. Let us go back to before things shattered like an expensive vase in my father’s Victorian den. Let us go back to when i first met..HER.