What does it mean to love? How does one defy death? And will people pay good money for your Friday night fish fry? These are some of the mysteries facing West Coast food editor Wendy Whitby when she reluctantly returns to her childhood home in Weewampum, Wis., to await her mother’s demise. But cantankerous Seal (Cecilia) refuses to pass into the Great Beyond according to schedule. While Wendy waits for Seal to expire, Wendy begrudgingly helps out her two high school pals, flamboyant Amber Moore and reticent Merribeth Hartwell, who have opened a restaurant in downtown Weewampum.

Wendy and her friends soon are embroiled in their hometown’s political feuds. Some of the well-heeled citizens, including Merribeth’s father, have decided they want to close the town’s hospital downtown and move it to a spiffy building along the interstate. But the women feel the downtown will deteriorate even further if the old hospital shuts its doors, so their restaurant, Amberosia’s, becomes the headquarters of the Stop the Hospital Move campaign.

As their arson investigation opens old wounds, causes new ones, and reveals secrets that maybe should have been left concealed, the women are forced to grapple with such issues as: How much does a friend do for a friend? How far does family allegiance go? What is the price of family, and especially, mother-daughter love? What are the magnetic and repelling forces of one’s hometown? And, of course, how much will someone pay for a plateful of fried lake perch? 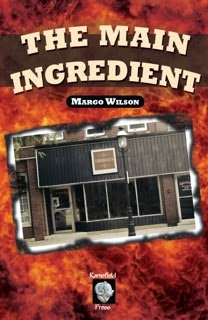 When Margo Wilson was 3 years old, she thought an elevator operator was about to squish her imaginary friends, Keke and Frick, in a department store’s elevator doors, so she screamed for the operator to free them. The operator complied, while Margo’s mom shook her head, and Margo beamed like a superhero. The incident still is the ultimate example of how Margo’s imagination influenced reality, and it helped hook Margo on the power of inventing her own world.

But the daughter of a police officer and elementary school teacher is nothing if not practical, so Margo chose to be a journalist, a career in which facts and information, presented in compelling ways, often have a chance to influence others’ actions. Margo worked as a staff writer and editor at nine newspapers, ranging from the Spruce Grove Star, in Edmonton, Alberta, Canada, to the Los Angeles Times. Her words led to the defeat of a racist school board member, the resignation of some greedy community college administrators, and publicity for an unknown recording artist who later became one of Margo’s best friends. Margo learned that words have power.

She also learned that words have beauty. So she returned to school (Goddard College) to polish her creative writing skills and as a result, landed a job teaching writing at California University of Pennsylvania and snagged a book contract with Ramsfield Press.

These days, she’s working on a memoir about travel and taking a journey, and a series of novels about a dog who ... well, let’s leave that a secret.Although she grew up in Wisconsin, Margo has lived in Indiana, Canada, and California. She makes her home in Southwestern Pennsylvania, with her flat-haired retriever (Well, maybe that’s what she is. The vet is not sure.) Moosie, and her cats Oreo, Lucy, ChaCha, and Mimi. They are forever using their imaginations to devise new ways to persuade Margo to feed them or pet them. 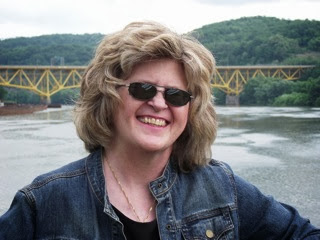