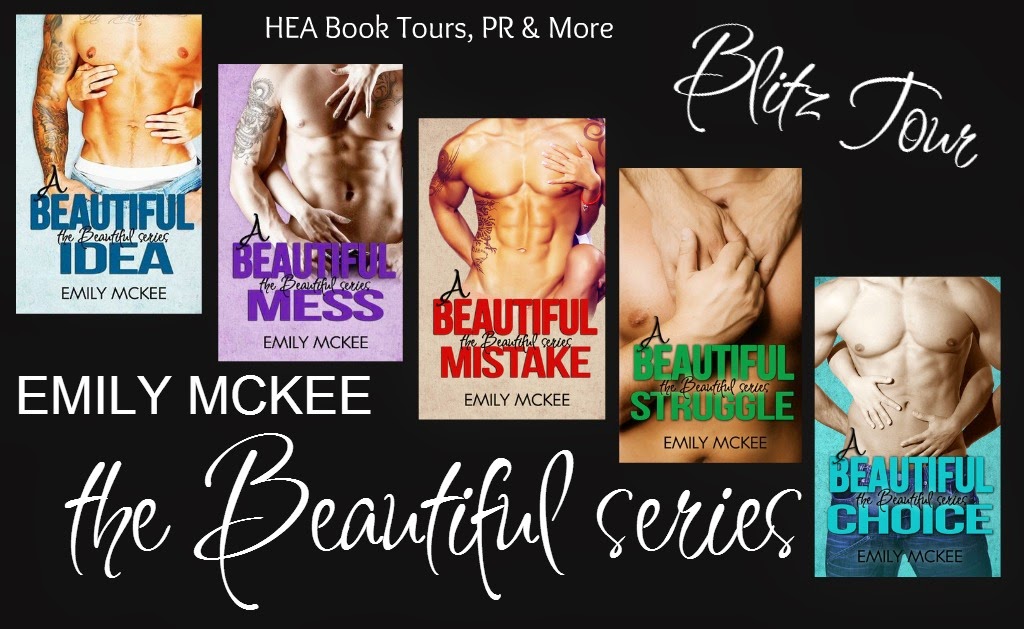 A Beautiful Idea
The Beautiful Series, Book 1
SYNOPSIS:
Isabelle Clark always had ideas, but that’s all they ever were . . . until now.

She grew up in a world filled with poverty and hatred from the person who gave birth to her and had decided she would finally make her ideas a reality.

After moving away to college as a junior she ran into the University of Maryland’s walking one-night stand. Literally.

Ryder Mitchell was every girl’s wet dream all in one muscled, tattooed, pierced, baseball playing package. He thought he had the life: going to school, tattooing people by day, and giving girls the best orgasms of their life by night.

When he found out that Financial Aid didn’t fully cover Isabelle’s room and board Ryder had an idea: Isabelle should move in with him.

On the outside everybody sees Isabelle as a quiet bookworm and Ryder as a player, both on and off the baseball diamond. They soon learn who the other truly is.

Either way, they’re about to realize this idea was a beautiful one.

"Ryder?" I questioned. “What kind of name is that?” I blurted. Oh my God, did I just say that out loud?
Hearing a deep groan coming from the gorgeous guy, my eyes locked with his. Smirking down at me, he leaned in and said, “It’s Ryder. Think of it as ‘I’ll ride her all night long,’” as he placed his hand out to shake mine.

A Beautiful Mess
The Beautiful Series #2
SYNOPSIS:
Ashlynn Miller has always done the right thing. She's always known what to do when it comes to situations in life.

That is, until she met Jason Williams their freshman year of college. Now it just seems like her life is one big mess after another.

To everyone else Jason Williams is just another hot, single guy walking around on the University of Maryland's campus.

However, deep down his life is a complete mess. Growing up wasn't as easy for Jason as it was for Ashlynn. He's had to deal with things he may not ever be able to share with anyone, especially not Ashlynn.

Keeping secrets and harboring feelings doesn't sound like the best way to start off a relationship. Could it be too much of a mess for them to handle?


Or are the best things in life worth fighting for and could they somehow make a horrible mess, beautiful?

TEASER:
Releasing his grip on his cock, in a husky voice Jason said, “I want you to bend over the bed and move your legs apart.”
I couldn’t do something as simple as nod my head so I took my hand out of my panties and walked over to the bed, but heard Jason say from behind me, “Keep touching yourself Ash.”

A Beautiful Mistake
The Beautiful Series #3
SYNOPSIS:
Jade Williams has been a walking mistake since the day she was born.

Neil James is a walking contradiction.

He has piercings and looks like a bad-boy rebel, but he also stutters through his words and blushes whenever he talks to Jade.

His whole life Neil has seen the effects of what can happen if you make a mistake. He's seen the damage it has caused and the outcomes because of those mistakes. Learning from others' actions he decided to make a promise to himself and has kept that promise. Up until, he met Jade and moved in with her.

When a secret unravels, Jade questions what exactly is going on in their relationship...

Will this be yet another terrible mistake made on Jade's part or can Neil repair the pieces to Jade's past and give her a beautiful future?

TEASER:
“As much I want to make you come right now, I’m not going to.” My mouth dropped open and I was left speechless. I couldn’t form words. Chuckling, Neil put up a finger. “At least, not tonight. But very soon, I will make you come. With my fingers.”
Please.
“With my tongue.”
Yes, please.
“With my cock.”

A Beautiful Struggle
The Beautiful Series #4
SYNOPSIS:
Patrick Christiansen has faced his fair share of struggles throughout his life.

Losing his parents at a young age. Coming to the conclusion on his sexuality. But he’s embraced every single struggle with open arms because he knows everything happens for a reason. Even when he’s introduced to the sexy, football playing Derrick Miles.

Derrick Miles has lived a pretty normal life for the most part.

But he’s never fully lived because he’s always been hidden by a secret… just exactly who he is. He knows what he wants but he’s afraid what others will think of him when he becomes who he was always meant to be.

But what happens when Derrick can no longer hide who he really is? Will the truth destroy everything around him? Or will it set him free and make the struggles he’s dealt with his entire life beautiful?

TEASER:
Holding his hands in mine, I sucked in a breath and said, “I’ll be there with you.” I paused a moment. “Well, if you want me there.”
At that moment, Derrick opened his eyes. “I want you there.”

You already know Gabe and I get our Happily Ever After. You might be asking yourself what’s the point in this story when you already know the outcome? We get married. We have a child. The thing is, while we get to the happy part, it was a difficult and turbulent ride to get to that very point.

I made choices. He made choices. We both made choices and sometimes they were filled with regrets. But you can’t change it. And I wouldn’t want to because we grew from it. We learned. We fell in love.

I made very few choices in life. For the most part people made my choices for me. I never got to choose anything . . . besides Sarah Thompson. The beautiful, blonde haired selfish-bitch who was best friends with my boy Ryder.

I honestly don’t know how the hell he survived that cold-heart. Yet somehow I melted that icy heart and fell in love. I made that choice. And while the road was sometimes the ugliest, it still to this day is the most beautiful choice I ever made.

TEASER:
Releasing the finger from his mouth, Gabe said, “Fuck, I’m hard as hell. I just want to bend you over and fuck your pussy until you squirt all over me.”
“Yes, please,” I moaned.
Growling, he said, “While I would love to do that, I can’t right now, baby.” Breaking eye contact with me, he looked over at the clock hanging on the wall. “It’s time for us to graduate.”

ABOUT THE AUTHOR:
Emily McKee

For the past 21 years, I have been a planner and an organizer. I always needed things a specific way and then everything changed for me. I've always had a vivid imagination and thoughts racing through my mind. I realized that life is way too short to let things pass me by, because in the blink of an eye everything could change. So I decided to just live in the moment, taking every chance and opportunity led my way. No second thoughts and just going with the flow.

I decided to put the fictional characters and the conversations going on in my head to paper. I know, it makes me sound crazy, but I wouldn't have it any other way. I've embraced crazy and hectic and last minute because it's led me to making my dreams a reality.

When I'm not writing Happily Ever After's I'm reading about them and living one. I think this world is filled with too much sadness already we don't need to read about it as well. I write because I love it and I've allowed my imagination to run wild and be crazy and free. Just like me. ❤ 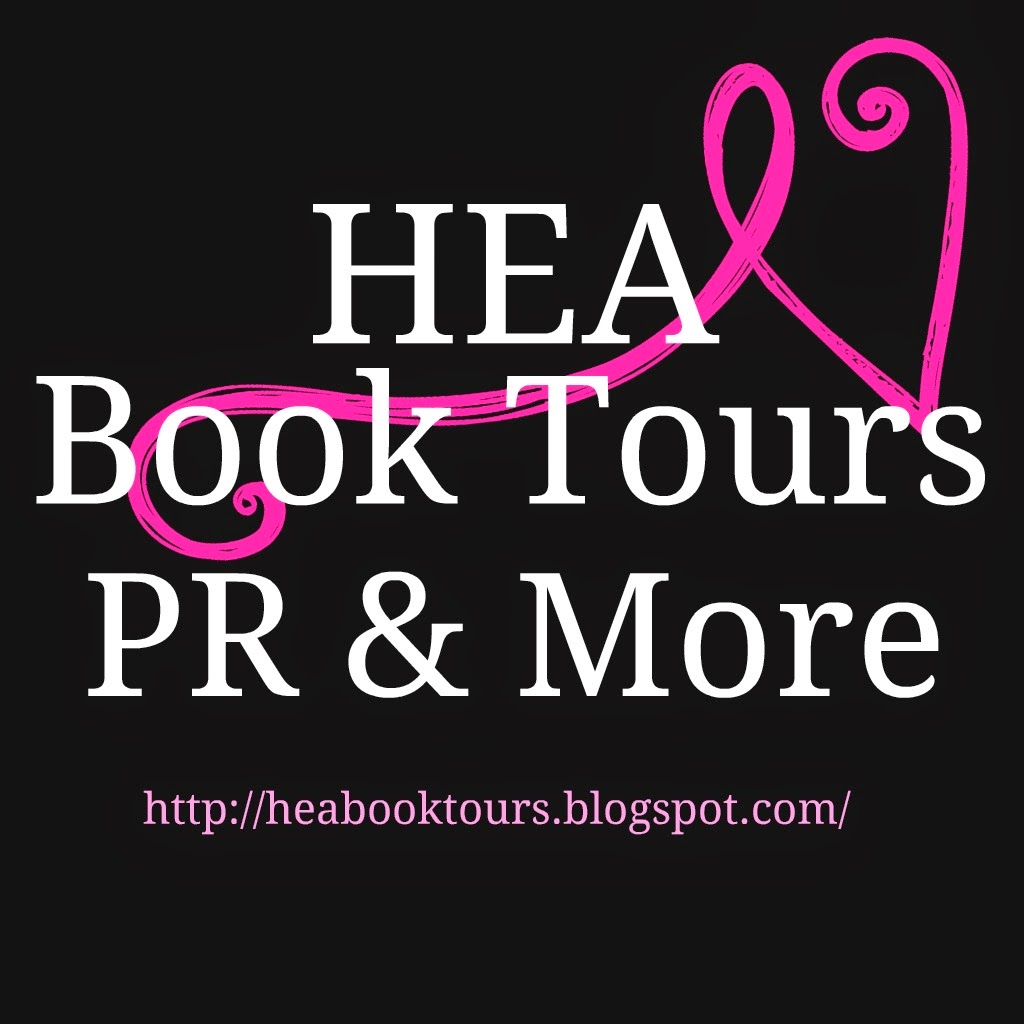