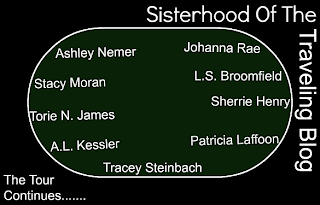 I am very excited to host Johanna Rae. Her first book, The Mercenary is one of the best books I have ever read about shifters. And I love shifters! It was amazing so this excerpt I was totally jonesing to read when she sent it to me. I hope you enjoy it!!

I chose this scene to share because I feel it sets the tone for the whole book. It is presented to the reader part way through Chapter One and gives hint to the turbulent emotions Jodie is experiencing after where book one in the series finished off. It also provides an insight as to the style I write my shape shifters in, giving the reader a taste of all aspects of their life, not just their human sides. The Fury is estimated to be released near the middle of 2013.

If Doug got engrossed enough in his work she might have as long as thirty minutes, if bored she could have as short as ten. Jodie needed to make it all the way across the expansive back lawn to the security fence before Doug did his next sweep.
Being as quiet as possible Jodie crept into the kitchen, shutting the door behind her. She tiptoed down the security passage, and pushed open the heavy steel door at the other end. Could it really be that simple? She wondered as she escaped out into the night.
The evening dew had already settled on the grass, and it felt refreshingly cool under her hot Therian feet. Jodie’s giraffe printed pajamas flapped about her legs as she ran, her long black hair billowing out behind her. I’m free! I’m going to make it; I’m actually going to make it.
She realized her mistake a split second ahead of time but by then she’d already put her hand on the security panel of the gate to the woods, fingers clasped around the wrought iron handle. They never locked it from the house side, so Jodie didn’t have to know the combination.
However as she began to drag open the gate, she realized even without being locked it would trip a sensor when opened, Doug would know she’d escaped. Just as the thought crossed her mind the overhead floodlights came on, illuminating Jodie like a performer on stage. For a second or two she froze and looked back at the house, her hair whipping about her face in the light breeze. Maybe Doug wouldn’t notice.
Yeah right. The heavy steel door to the house burst open, swinging back on its hinges so hard it almost closed again. Rufus stopped it with his arm, the muscles bunching in his bicep as he absorbed the impact. Oh great, Doug sent Rufus.
“Jodie!” He yelled as his massive bulk bypassed all six steps and sailed down to the ground below. “Don’t do this girl!”
I’ve got the gate open, what am I waiting for? Realization hit and Jodie bolted. As soon as she’d made it out of Rufus’s line of sight, Jodie stripped off her nightclothes and shifted forms. When the golden spotted fur had rolled down her limbs, and her body flowed into its alternate shape, Jodie felt as comforted as if she were in the company of an old friend.
At six feet seven and with the body mass of a small country, she knew that it would not take Rufus long to get to the gate. Though she sprinted as fast as she could, Jodie knew that she didn’t have much chance of outrunning him.
An almighty bellow told her he had shifted too. Rufus’s second form could be just as intimidating as his human one. As with most Therians, his polar bear stood much larger than it would be found occurring in the wild, those long lumbering strides of his would cover ground fast. Jodie had speed on her side but she took several strides for every single one of his. Flattening her ears against the sides of her head and growling deep in her throat, Jodie fought to push herself even harder.
She could hear branches snapping as the bear crashed through the undergrowth. Desperate to put distance between them, she pushed onward.  The plan had seemed like such a good idea fifteen minutes ago. Now Jodie tore through the forest in the wrong direction, trying to outrun someone fighting to protect her, someone she cared about. What the hell am I doing?
Behind her Rufus gained ground much quicker than she’d anticipated. He bellowed again, and Jodie felt the sound in her very bones. How angry is he? Jodie had never made Rufus mad before, and she didn’t think now a very good time to start.
Though not as articulate or academically smart as some of the guys in the Unit, Rufus Ramanui had a sense of honor that spoke for itself. A gentleman in every sense of the word, he fought hard for those he loved. The most selfless person Jodie knew, Rufus protected his family with a fierceness that could not be put into words. Even though Jodie wasn’t actually an agent in the unit, nor of his blood, Rufus had told her several times that he classed her as family. He wouldn’t let her get away, how could he? How could he keep her safe if she went off roaming around in the woods by herself?
Jodie caught a scent, and her feline instincts started to kick in. Oh crap, how long is it since I last hunted? Jodie knew the answer, too long. As unavoidable as that might be, she didn’t want to think about it right now. She tried to keep running from Rufus, but every part of her wanted to chase after the possum that she’d smelled.  Jodie’s paws skidded in the dirt as it finally got the better of her, and she made a sharp banking turn, taking off in the other direction.
Even upon bear features Jodie could see the surprise as she ran straight at Rufus. He tried to slow down but he’d gathered considerable speed, making it almost impossible to come to a dead stop so suddenly. Jodie dropped into a crouch and then sprang upward, jumping right over his enormous form. It would take time for Rufus to turn and pick up pace. Even though it hadn’t been intentional, Jodie had just given herself a lead. Another roar echoed through the trees as she pelted through the undergrowth. Yep, he’s definitely pissed off.
Jodie had the possum between her teeth when Rufus caught up to her. Lying relaxed on the leaf-littered forest floor, she began to devour her prize. Dragging himself into a sitting position, he towered above her, looking down in quiet discernment.


Sisterhood Of the Traveling Blog Sites